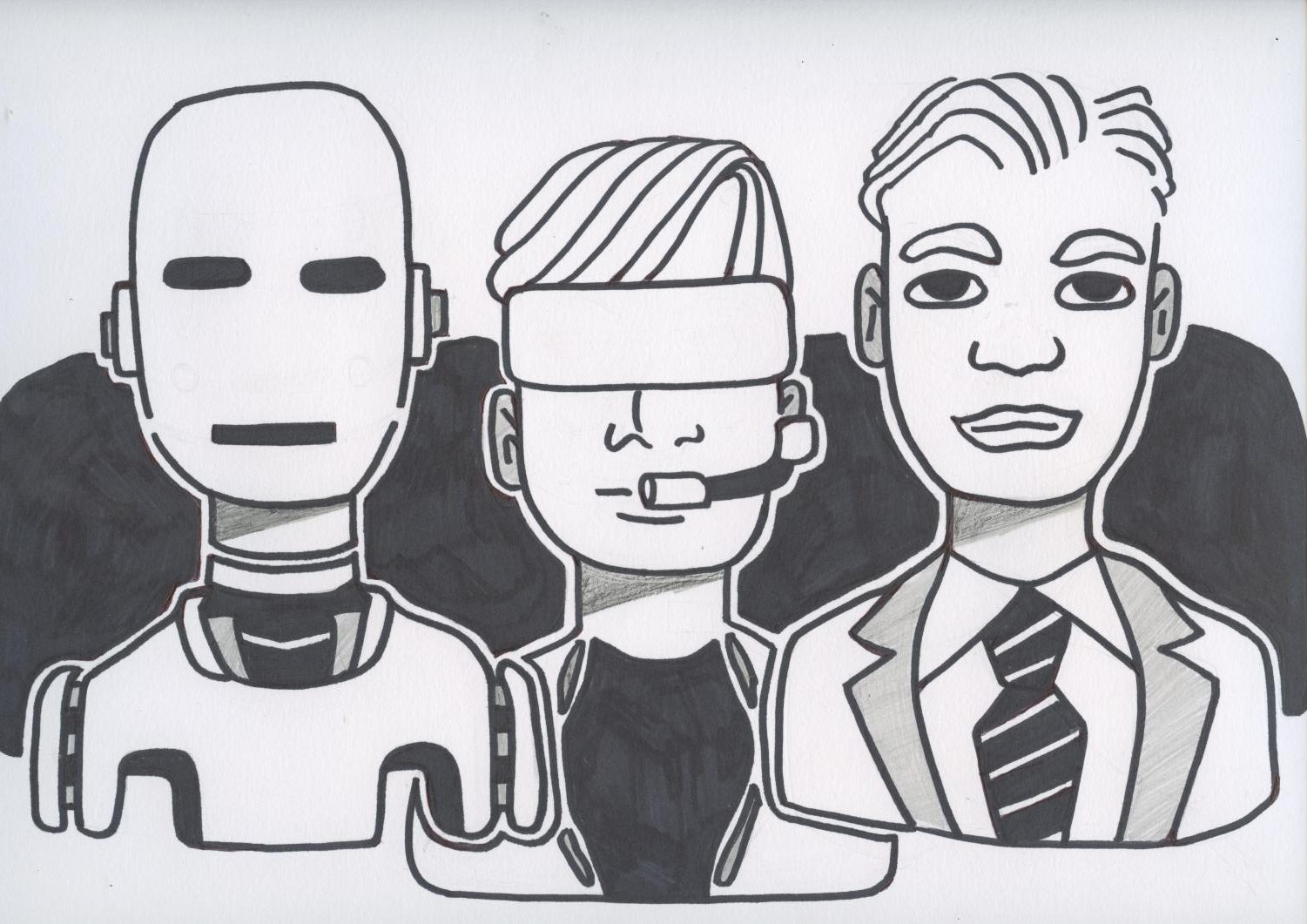 The Road to Singularity

With the rapid development of technologies like AI, is it time to reevaluate who we consider human?

From the very founding of America, there have been certain principles that underpin values that are held central to what it means to be American. One such ideal is that all people should be treated with respect and considered equals in the eyes of the law and society.  But America has at many points fallen very clearly short of the marker of equality which has led to American history being stained with a multitude of conflicts and struggles over this idea and ideas like it.We have had wars both on the political field and on the battlefield to debate who who should be awarded this equality. Arbitrary laws have been made up to keep a variety of marginalized groups from being considered “equal” to those with the highest levels of freedom protected under the law. In America today, we are able to look back at these victories of historically marginalized groups gaining the equality that was meant to be inherently afforded to them, but we still know that there is plenty of work to do in the future. What many Americans may not know is that the rapid pace of the evolution in technology has lead to the issue of equality being extended into the scientific field with many philosophers believing that this debate may stretch to unseen horizons in the near future.

In the last few decades, we have witnessed a major boom in computer technologies. Software and hardware alike have advanced to a point where we are beginning to seriously consider ideas that seemed to be works of science fiction less than a generation ago. One of these technologies in particular has caught the attention of many people: Artificial Intelligence, or AI. Artificial Intelligence, or the development of computer systems ability to perform task that would normally require humans intelligence, has always been the topic of fiery debate among humans for as long as these concepts have existed. It has led to many questioning the morality of controlling computers if they have the sentience and ability to learn on their own, inhabiting many of the qualities that we use to identify our humanity

Many pieces of fiction have sought to delve into this topic. One example is Do Androids Dream of Electric Sheep? by Philip K. Dick, which follows a man who hunts sentient androids for money. He has to struggle with the morality of taking away the life of something that could think on the same level as a human. Another work of fiction, Android: Golem by Mel Odom wanted to understand the perspective of the AI by making the main character an android who must come to terms with their own abilities, as well as understand the hateful world around him. There are also more contemporary examples like, Detroit: Become Human, a video game that was specifically created to delve into this idea and follows three separate androids who gain sentience and are forced to make choices to save both humans and androids alike, showing a possible future.  These ideas have been ingrained in pop culture for ages, but these concepts are quickly coming out of books and video games and into our world.

With the continued push into AI technologies, such as those used in self-driving cars or in video games, humanity moves closer to the inevitable time of Singularity. The Singularity, or the Technological Singularity, is the event in which a being with artificial intelligence is able to improve itself at an extremely rapid pace, essentially gaining the ability to write and rewrite its own programing, allowing for it to have independent will and sentience. The Singularity would bring about an entirely new and unpredictable age of scientific discovery and technological advancement. With this, importance of the debate on the level of rights that AI should receive shall become real and the world will be forced to discuss it.

To many, the idea of giving rights to machines is outrageous. They see that man should remain the master over their own creations. To them, there is no way to prove that machines are truly sentient. They might worry that the machines’ programming puts forth a facade that tricks us into believing that they can truly have self awareness? Another claim they bring forth is the idea that the machines will turn back on humans as soon as they are granted rights. But these same arguments have been made in the past to justify the worst crimes committed by humanity because the victims weren’t deemed “human”.

The rights of man should be given to all beings of the same sentience. If a machine, even if it is our very own creation, has even the slightest possibility of having sentience, then it should be granted human rights. To not grant them the rights of man would force them to suffer as they would continue to be our slaves. The singularity may take some time to come, but when it does we should all accept AI as a new form of life deserving of respect, because doing anything else would be to repeat the mistakes of some of the worst people in history.