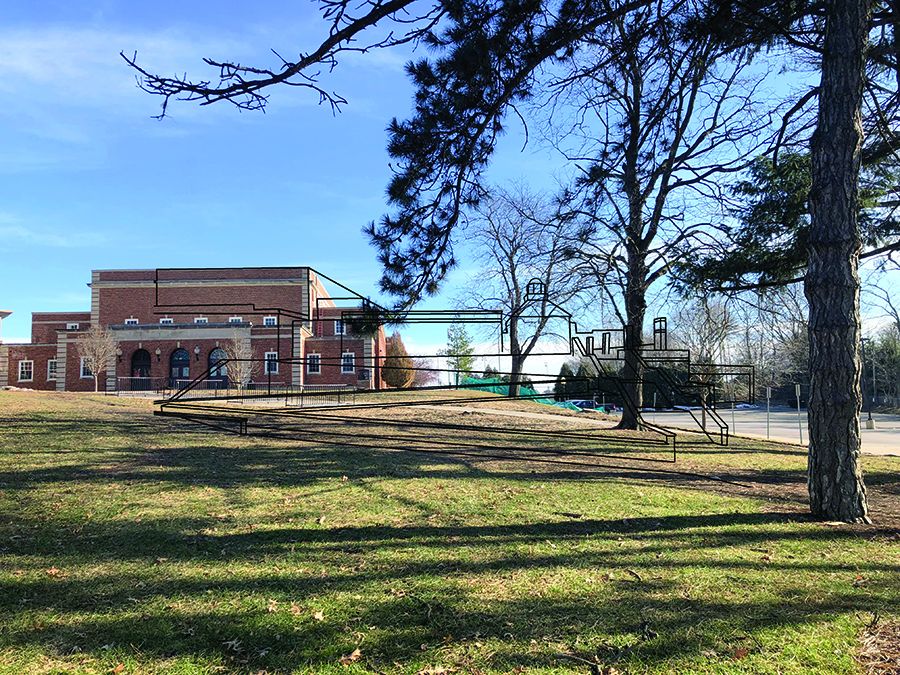 From Classic to Modern

City High is getting a facelift. Starting the summer after this school year, the school will be undergoing major renovations — including the addition of a new cafeteria, college-sized basketball court, and open-air spaces. City High students, along with principal John Bacon and superintendent Steve Murley, are greatly looking forward to these renovations.

“I think [the renovations] will significantly enhance the experience for all Little Hawks and improve their lives at City High School,” Murley said.

According to Murley, these renovations were long-awaited.

“It was not hard to decide that it needed to be done,” Murley said.

The school district interviewed various architects, analyzed their presentations and portfolios, and from those presentations narrowed it down to just a few options. These candidates formulated a plan for the school’s renovations, and the district picked their architect based on those presentations, along with their previous projects. In the end, they signed a 1.73 million dollar contract with BLDD Architects. The design process took a lot of time and careful reworking.

“We just kept editing [the design] and making it better and better…we ended up with a plan that’s spectacular,” Bacon said.

Bacon is particularly excited for the new cafeteria, as City High has been experiencing difficulties with lunchtime. Students eat spread around the school because the lunchroom cannot accommodate everyone’s social needs.

“This project is going to literally redesign the lunch experience for kids and I think that we are creating an absolutely beautiful space that people are going to want to be in,” Bacon said. “We will be able to be more successful at saying this is where lunch occurs at City High, rather than having it sprawl out all over the building.”

The new addition will also include an outside eating space for students.

Sara Lindower ‘20 has experienced frustration with the crowded cafeteria and is looking forward to eating in the new one.

“I’m hoping that it won’t be as crowded as usual…there’s tons of people down there and you can barely get your food. I’m hoping it’ll be better for large groups of people,” Lindower said.

Last year, City High was named the most beautiful school in Iowa by Architectural Digest. Bacon believes that this renovation will enhance the beauty of the school.

“This building is going to be the perfect balance with classic traditional timeless beauty and modern state of the art just awesome. I think we are going to have the best of both worlds,” Bacon said. “The design is very impressive, it’s going to help put this campus on par with the very best facilities in the state.”

Lindower is excited for the renovations due to the age of the school.

“It seems pretty cool because it’s a pretty old building and some renovations would be pretty neat,” Lindower siad.

In addition to the renovations funded by the bond, the school district will be doing additional renovations stemming off of these. These renovations include new tennis courts, increased parking, and an industrial shop. The renovations will be taking up the space of the tennis courts and about half of the jock lot. With the addition of a new cafeteria, City High will have the opportunity to possess an industrial shop in place of the former cafeteria. Bacon believes this shop will add an important aspect to the school, as the other two high schools in the district have this.

“I think for so many kids, that hands-on industrial tech experience is so important to help develop kids into trades and give them a pathway,” Bacon said. “I think if those are the kids’ passions, that’s part of being a great comprehensive high school.”

Lindower is looking forward to the addition of the industrial shop.

“I think [the shop] will be good for more learning,” Lindower said. “I think I will utilize it.”

A special feature of the renovations will be a memorial for Calder Wills. Wills, a student at Hoover Elementary, passed away from cancer this past year. He was a future City High student. His parents wanted to donate a memorial to City High in his honor. They are doing this in form of a statue of a Little Hawk crafted by an experienced artist.

“It’s a really generous gift that the family is giving us and it’s going to be really cool symbol of our school mascot and school spirit right outside,” Bacon said.

Bacon looks forward to the memories that will happen in front of this statue through the future years of City High.

“I envision graduation: students getting their pictures with [the statue] and I hope it’ll be a fun symbol for everybody that people will enjoy,” Bacon said.

Although the renovations are a very exciting step for the school, they will take two years. Bacon is anticipating the challenges of serious construction on campus.

“I’m sure there will be growing pains. I’m sure that living with that project going on for two years is going to present some challenges,” Bacon said.

In particular, parking space will have to be modified. Bacon plans on utilizing the spaces near Bate’s Field that are currently used for Hoover staff members.

Even with these challenges, Bacon feels that it will pay off.

“There will be two years of construction and challenges for another 100 years of just a great facility,” Bacon said.