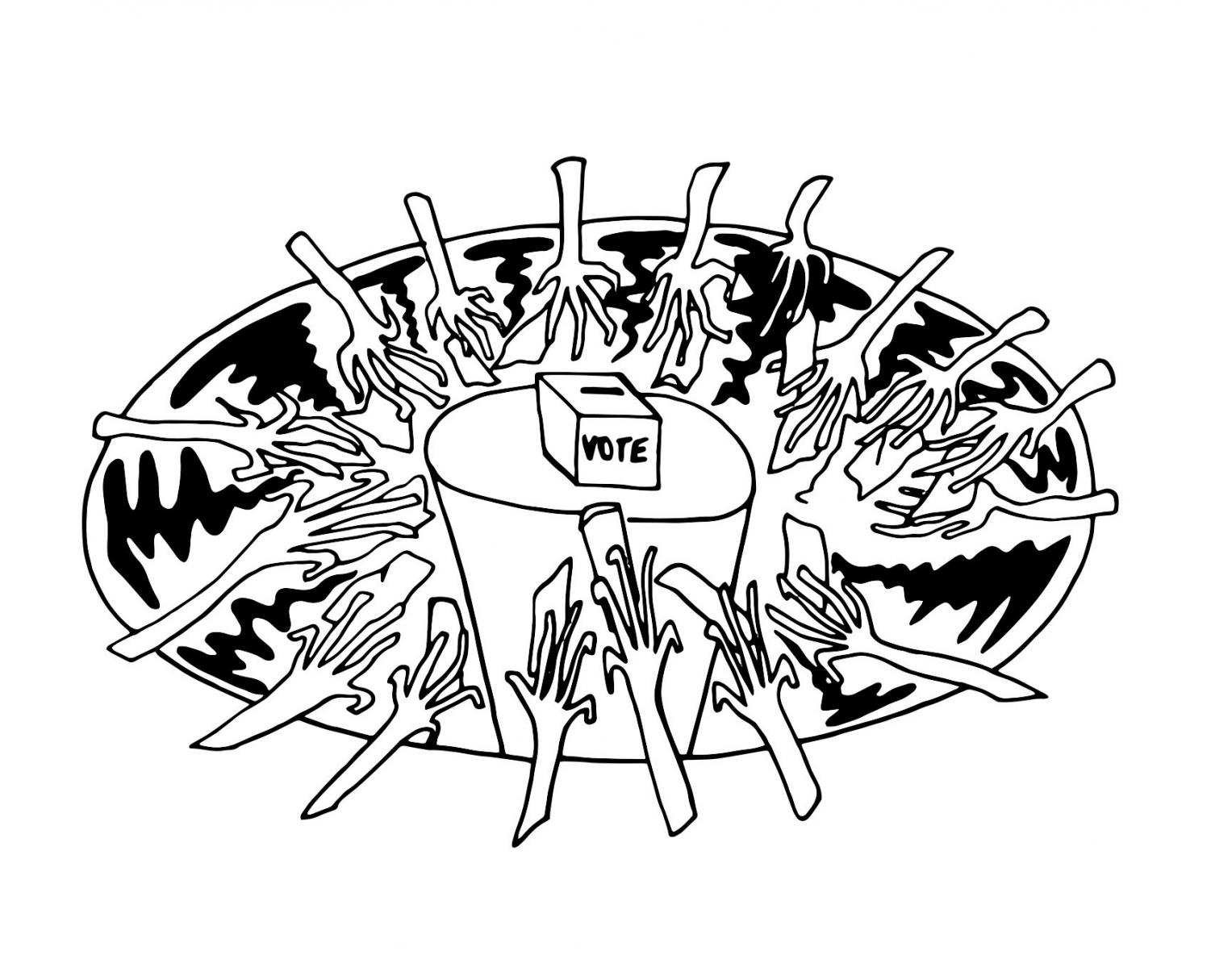 Midterms elections saw historic numbers, but that shouldn’t distract from the continued efforts to restrict voters

Before we begin, let’s first dispel one myth about this election: the 2018 midterm elections resembled no wave, either red or blue, in either the Senate or House. Masses of Democrats spent the last two years protesting and speaking out against the outcome of 2016; in other words, expectations were high this election and Democrats wanted to turn those expectations into serious wins across the country.

And yet, even with the huge, anti-Trump movement, the changes that many thought were going to come simply didn’t. It’s true that the House flipped and now Democrats control 234 seats while the Republicans control 198. This flip came with many surprises, including here in Iowa, where the historically red second and third districts went to Democrats, with Abby Finkenauer and Cindy Axne unseating Republican incumbents and being part of a national phenomena of many red districts going blue this midterms.

But this gain isn’t all that different from the midterms that have come before it. Midterms are notorious for being bad for the party that controls White House, and this year was no different. For the past 75 years, apart from Clinton in ‘98 and Bush in ‘02, the country has voted to flip Congress during midterms. And even though this midterm involved a greater quantity of flipped seats than previous elections, it still fell in line with the trend of the party in power ‘losing.’

Yet something was different this time. 2018 saw 49.3 percent voter turnout, the highest for a midterm in over a century. Compare this with the last midterm in 2014, where turnout sat at 36.7 percent, the lowest in 72 years. This increase should be celebrated as a prime example of the importance of engaging in the democratic processes this country was founded on. It speaks volumes to how much Americans are invested in the outcome of the political process. Understanding that the greatest power we have as citizens is casting a ballot is essential to a thriving democracy, something America seemed to forget in 2014. Even in 2016, with one of the most heated presidential elections in recent history, less than half of America voted, which has unfortunately become a norm in recent decades.

This year, however, 23 states had double-digit increases in the percentage of voter turnout. Georgia’s highly watched governor race between sitting attorney general Brian Kemp and Democrat Stacey Abrams saw 55 percent of voters casting a ballot. That is 21 percent higher than the average from the last three decades and ended up being the largest increase in turnout of any state.

What does this tell us? The combination of record turnout and a split Congress is a stark reminder of how divided our country still is. Democrats and Republicans came out in force, both determined to cling to their side of the aisle.

But there’s also a more optimistic spin you can put on it. Focus on the fact that Americans are finally, finally participating in our democratic process. People care, and that fact was reflected in the voting booth. Yes, some people are still disillusioned and stay home, and others simply do not care. But aside from those with the simple inability to make it down to their polling place due to extenuating circumstances, it’s hard for me to understand why you wouldn’t exercise your most fundamental right, the vote.

But for some the reason for not voting isn’t apathy nor inconvenience, it’s because the very democratic process they are meant to engage with actively excludes them from being able to participate. Remember the gubernatorial race in Georgia? As the sitting Secretary of State, Republican Brian Kemp’s office was in charge of the voting process and registrations. Due to concerns over unjust voter suppression laws, in the weeks leading up to November 6, a lawsuit was filed against the state.

Many of the points made had to do with long-standing issues, such as outdated voting machines and a reduction in polling locations. But the central issue surrounded the intentional suppression of over 55,000 voters, 70 percent of whom were African American, when only 30 percent of registered voters are African American. In an effort to do a mass purge of the voter database (normally to cull the deceased), Kemp’s office used a system that stops someone from registering to vote if there were any “discrepancies” between the registration form and other government records. What this really boiled down to were miniscule changes in how a person spelled their name or other small details that somehow ended up disproportionately affecting minorities–in a state where these kinds of actions echo back to a time not so long ago when voter suppression was codified in Georgia law. Ironically, Kemp himself was unable to vote due to the new voter laws.

Ever since the 2013 Supreme Court ruling in Shelby County v. Holder, states with a history of voter disenfranchisement no longer need to gain federal approval before changing their voting laws. It is important to note that the main reason Georgia came into the news over this issue was because the governor’s race was so close. But it must be acknowledged that this sort of thing happens all around the country and must be recognized everywhere it exists, not just in the elections that happen to come down to the wire.

So what can we takeaway from this? If you voted, my hat goes off to you. You participated in an important election and should be proud of the decision you made in the voting booth, regardless of what box you checked. If you were too young to vote, talk with people who did about why they made the decision that they did, do some research, and keep up to date with what’s going on in the world around you so that next time, you can make an informed decision in choosing your representative.

But if you had the opportunity to vote and chose not to, remember that voting is not something to be taken for granted, so to treat it as such is to trivialize a basic tenet of our democracy and undermine the very foundation upon which it stands.