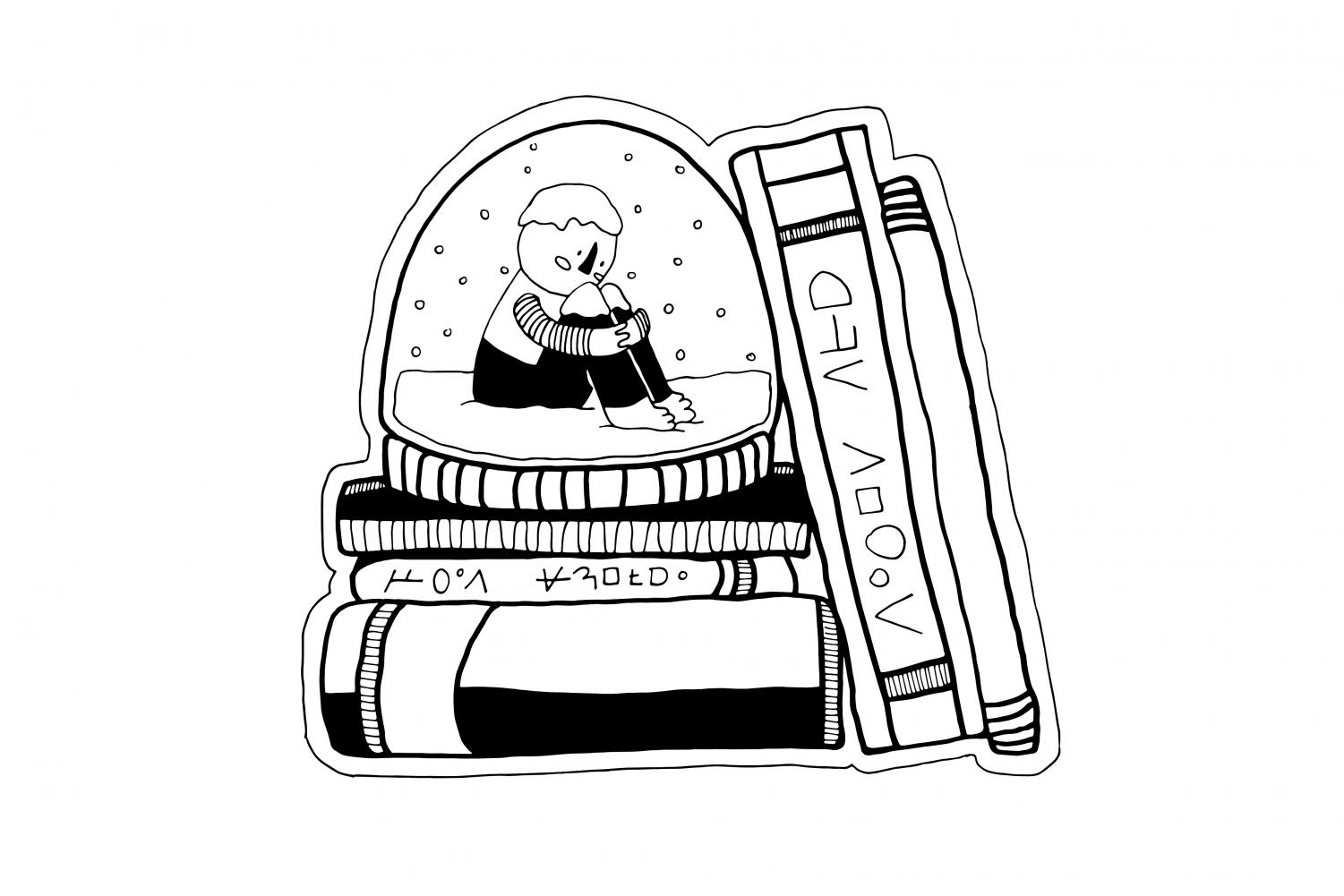 Today is February 14, 2019. Spring break is still far away and winter break feels like a distant memory. In this time between breaks, it can be easy to feel overwhelmed by the constant flow of tests and projects that seem to increase in difficulty by the week. But you are not alone in this feeling.

This condition is known as Seasonal Affective Disorder (SAD). Mayo Clinic defines this as “a type of depression that’s related to changes in seasons.” It is estimated by Dr. Norman Rosenthal, world-renowned researcher and psychiatrist who popularized the term SAD, to affect about six percent of the adult population in the United States, over 19 million people.

With this being an issue that afflicts the lives of many students and adults throughout winter and summer, it is key to understand its causes and potential solutions of this widespread issue.

SAD most commonly presents itself as feeling depressed, losing interest in things one usually enjoy, feeling sluggish or low on energy, and having thoughts about death or suicide. The time of year that one is affected by the disease can change its effects as well. During the summer, it is common to lose weight, have trouble sleeping, or feel anxiety and agitation. Conversely, during the colder months that we’re enduring now, oversleeping, weight gain, and tiredness become more likely.

The exact cause of SAD is unknown. However, it is hypothesized that its cause is related to how the body responds to the change in sunlight as seasons change. A lack of sunlight can lead to a decrease in levels of serotonin, the brain chemical commonly associated with feelings of happiness and wellbeing, leading to depressive symptoms. The lack of sunlight can also create a shift in a person’s circadian rhythm, which can cause additional changes in brain chemistry that contribute to SAD.

But regardless of the exact causes, SAD is a serious disorder that can be extremely detrimental to the lives of those afflicted.

So if you feel any or many of the symptoms listed above, it is possible that you are suffering from SAD or some other similar condition. If that is the case, it is important to contact a doctor or mental health professional to see if treatment would be beneficial for you. Then, if it would be beneficial, figure out what type of treatment would be best for you. Some of the most common treatments include light therapy, or shining a special light on you when you first wake up, which mimics natural sunlight and changes brain chemicals associated with mood; and psychotherapy, which is also called “talk therapy”. Though there are many types of psychotherapy, the most popular type used to treat SAD is cognitive behavioral therapy. It works to identify negative thoughts that cause the patient misery as well as finding ways for them to cope with their condition in healthy ways. The final common treatment for SAD is medication to help ease its symptoms. This is usually done with antidepressants, which work to counteract SAD through modifying serotonin levels in the brain, though the amount and strength of the antidepressants vary depending on the severity and nature of the symptoms.

But gaining access to these necessary services has become more and more difficult in recent years, due to the actions of our state legislature. In 2015, Governor Terry Branstad stopped funding and ultimately closed the mental health facilities in Mount Pleasant and Clarinda, leaving Iowa with just two mental health beds per 100,000 people. This, according to the Treatment Advocacy Center, isn’t enough, falling short of its recommendation of 50 beds per 100,000 people. These closures put Iowa in last place in the United States for mental health care as of 2017.

This means that those who are in need of psychological treatment aren’t able to get the help they need. This both worsens their conditions due to lack of treatment and can, if their symptoms make them prone to violent outbursts, make them end up arrested for crimes that could have been prevented if they had access to proper mental health programs. This also disproportionately hurts poorer communities, with a study from 2017 published in the Journal of the American Medical Association finding that nearly twice as many mental health services were available for those with high incomes compared to those who made up the bottom quartile of incomes.

The only way to fix this and ensure that people are getting the help that they need and deserve is to call your state representative to express to them that equal access to mental health services is an important issue. This will create pressure on them to draft legislation that would help combat this issue and guarantee that people will receive adequate care.

Unlike other issues, the availability of mental health services isn’t an issue that requires passing sweeping legislation that would upend society as we know it. It would simply mean that mental health care would be funded as the priority it should be. In 2018, Iowa had a $127.3 million budget surplus that didn’t end up being used to help Iowans. That money could have gone to services for mental health care, such as facilities to house those who need psychological help, as well as resources for mental health professionals that would help take Iowa out of our dead-last ranking in the nation. The reason for funding these services shouldn’t only be to save lives, but to ensure that those that are affected by these conditions are able to function day to day and are able to achieve fulfillment regardless of the conditions that may afflict them.