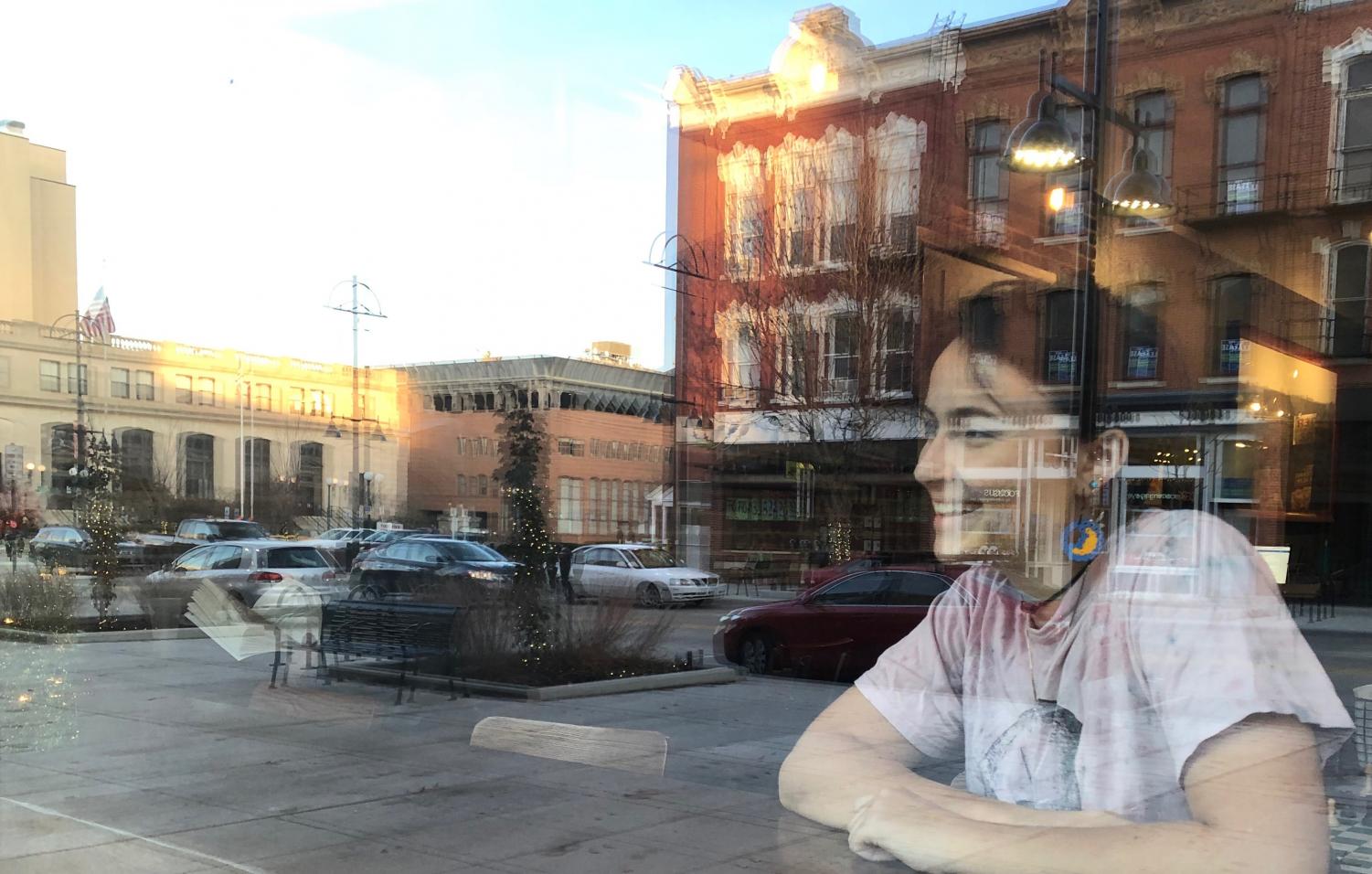 The demographics of American colleges campuses have become steadily more female over the past few decades. However, despite the progress that has been made, women on college campuses still face unique challenges.

In America, there has been a history of discrimination in every facet of society based upon factors like race, gender, sexual orientation, and more according to many scholars. It has been particularly apparent in higher education, where, for many generations, there existed vast discrimination that reinforced inequality.

But in some areas, this is improving. According to Forbes, female students have outnumbered their male peers on college campuses since the late 1970s. Today, the nation’s public college student population is about 56.4 percent female, while private college enrollment is even higher, at 59.3 percent. Additionally, according to an article in the Washington Post, women earn the highest number of college degrees across the country. This is not only the trend nationally but has as well occurred here into Iowa.

“Historically I would say Iowa has been fairly split about 50 percent men, 50 percent women, if you’re looking at the sex binary,” said Danielle Martinez, an Associate Director in Academic Support and Retention at the University of Iowa. “I think that as time has gone on we’ve swung so we have more women than men about closer to 60 percent women and 40 percent men.”

This even extends to small, private, liberal arts colleges like Grinnell College. Located in a small town in Poweshiek County, Iowa, Grinnell has a student body composed of 55 percent women and 45 percent men. But the progress doesn’t end at who is going to college, but who is succeeding in college as well.

Regardless of the success in the area of gender equality, the fight for equity in higher education still has a long way to go. Issues like race and economic class are still detrimental for students seeking a college education all around the country.

The racial inequalities in universities are shown in a 2015 report by the Brookings Institute which reported that nearly half of white women ages 25-35 had completed four years of college while only 24 percent of Black women had. In addition, Black women with degrees are also less likely to accumulate the same levels of wealth later in life as their white female counterparts.

Race and class still serve as instruments of inequality that, through multiple institutions, including universities, ensure that the current social order stays the same. Equality in one area isn’t enough if it doesn’t help other areas of structural inequality as well. There is the risk of creating the illusion that enough progress has been made because of growth in one area, and those that aren’t helped could be left behind.

Race isn’t the only factor that correlates with higher dropout rates. Socioeconomic status also serves as one of the most important indicators of ability to go to college as well as succeed there.

According to Tucker, about 85 percent of enrolled students receive some form of financial aid, and in 2016 the college was ranked #1 for economic diversity among liberal arts schools in the United States, which is something that has resonated with students.

“The biggest thing that drew me to Grinnell, other than being good academically, was the socioeconomic diversity,” said Esme Rummelhart ‘17, who is now a sophomore at Grinnell. “You get these kids who are from all over the board, but they all end up in this place, which makes a cool environment.”

One such case is Jade Merriwether, a genderqueer student who went to West High. Merriwether is in their second year of college studying Culture and Media Studies, with a minor in Urban Studies at The New School in Manhattan.

As black women you’ve got to work a little harder in academic spaces so you might as well put that foot forward and do what you can right now. [My mother and grandmother] just wanted me to have the best options available to me.”

Growing up in a college-educated family, Merriwether never doubted that they would one day walk the grounds of a college campus, but this assuredness came not without its challenges.

“I was kind of following in the footsteps of my mother and my grandmother,” said Merriwether. “The logic that they used was, ‘You know it’s already hard for us. You know as Black women you’ve got to work a little harder in academic spaces, so you might as well put that foot forward and do what you can right now.’ They just wanted me to have the best options available to me.”

Merriwether’s college search eventually landed them at The New School, which boasts such alumni as Lorraine Hansberry, author of “A Raisin in the Sun.” It has a student body that is 74 percent female and describes itself as “progressive,” with ideas like challenging convention and analyzing power through creative thought being impwortant ideas that the college espouses.

“I really wanted to be a part of a school that prioritized thinking about the systems at play that are set up against marginalized groups, and also be inside of a larger culture of New York City where I could explore those systems and actually live what I am learning in class,” Merriwether said.

Many universities acknowledge that their systems are not perfect, and for that reason faculty and staff at colleges all around the country are thinking about ways that they can be more equitable and beneficial for all students.

“I think the University [of Iowa] can always improve in different ways,” said Martinez. “There’s a lot of programs. There’s some that are monetary-based and some that are more social- and emotional-based, [including] Advantage Iowa, a scholarship program for first-generation students or students of color and obviously…women of color as they come in [are] maybe high-achieving in high school, but there might be a inability to pay so there’s a scholarship program.”

Advantage Iowa and programs of support like it are what Martinez believe are key to improving the university system, not only for those that these programs help the most, but for everyone who has access to them.

“There’s a wonderful researcher named Dean Spade out of Seattle University that looks at the idea of the trickle-up effect. So if [colleges] center [their services around] those [who] were most marginalized, then those services also benefit everybody, whether it’s providing more free resources or providing access to things,” Martinez said.

If [colleges] center [their services around] those [who] were most marginalized, then those services also benefit everybody, whether it’s providing more free resources or providing access to things.”

— Danielle Martinez, Associate Director in Academic Support and Retention at the University of Iowa

This idea of trying to improve their campus and system is common in colleges around the country and central to what many at those universities think about when it comes to changes for the school.

“We are always looking to find new and improved ways of supporting low-income students at Grinnell,” Tucker said.

Through looking for solutions, sometimes similar conclusions are found. An example of this is in financial aid, which has a major role in both the University of Iowa’s and Grinnell’s efforts to combat socioeconomic inequality.

Martinez also expressed the importance of, in some cases, focusing on specific areas of need in order to solve the structural issues that exist in many departments within universities.

“We have WISE, which stands for Women in Science and Engineering, so they take seminar class[es] together, they have peer mentors, and those types of projects and programs,” said Martinez. “I would love to see similar types go into things like neurobiology or computer science or business as we know that that those programs don’t do as well with maintaining their students.”

However, even those institutions which are aware of issues with their campus and take an active stance in working to combat them can still find it difficult to enact an effective response.

“The [New] School does its best, but can’t always reach where they need to reach because it’s such a fragmented campus,” Merriwether said. “There’s not really one place to go, because it’s literally all over the city, so I think a lot of the support networks come from the students.”

Despite faults with universities, Merriwether does not think these institutions should be given up on. Their experience at The New School has helped them grow academically. Merriwether, along with Martinez, finds that the value of colleges is that they allow students to find and develop their passions, and the focus of universities remains despite a shift in cultural values.

“I think the culture has shifted a little bit. I wouldn’t say dramatically, but…our focus is student success. Previously, as students fell through the cracks, it would often be put on the student like they didn’t do something right or something where we think the ownership is on us. If we admit students…we have an ethical obligation to support them and that’s really important to us,” said Martinez. “Not only reaching the expectations laid down [for an] institution, but also their individual goals—if folks want to be engineers or doctors or lawyers or go to PT school that they can do that and we can support them and their journey of reaching their own academic and career goals.”