For the first time in City High history, students pulled out their Chromebooks to take a standardized test. The ISASP tests, or the Iowa Statewide Assessment of Student Progress, took the place of the Iowa Assessment tests which have been used by the ICCSD for the past seven years. The test was developed by the Iowa Testing Programs (ITP) at the University of Iowa and is supported by Pearson.

“There are quite a few differences, actually. I’m still learning myself, of course, because it’s brand new,” principal John Bacon said .

“So the biggest thing that’s happened is it’s gone online,” Tom Carey said , a guidance counselor at City High. “As a result, there’s a lot of variables that didn’t used to be around.”

All students needed to have their fully charged school chromebook, know how to use the tools that come with the new test and be prepared for the new kinds of questions on the test.

“So before it was a paper, it was pencil,” Carey said . “Now there are three spots to look for the tools and so [we are] helping students become familiar with that end of the technology.”

Another variable that pops up when standardized tests are taken online is the need for a new kind of test security.

“The thing with the new technology is, unlike your paper pencil test that’s set flat on your desk, your screen sits up, and we have to help you have a secure testing area,” Carey said .

The online test is different than other online tests that teachers at City High give. An application, called Test Navigator, has been downloaded onto all of the school issued Chromebooks.

“As soon as they [the students] are in the test navigator program it locks down their computer so they can’t have one window where the test is and then another window where, they’re googling answers,” Diane Schumacher, the district’s director of curriculum, instruction and assessment said .

There are a few special cases when a specific students may be allowed to take a test on paper if it is decided that that student would be able to perform significantly better on paper than on a computer.

“A team of people including the teachers and administrators, the students and parents would have gotten together and have decided that based on the individual students’ need in order for them to demonstrate their understanding of the content they need to have a paper pencil format,” Schumacher said .

“There’s gonna be a writing test, that’s completely different, you’ve never had an essay writing experience on the Iowa assessments before so that certainly is different,” Bacon said .

In the weeks leading up to the test, teachers showed students how to navigate the tools on their Chromebooks, took practice tests and prepared for the essay component.

“So that’s a difference from the past,” Bacon said . “We never really did practice tests. Since it’s so new this year with the format we are going to do that.”

The third biggest change is that there is no longer a time limit. Recommended times for each test have been put in place, but students are allowed to use as much time as they need as long as they finish the test on the same day that they started.

“Even though 95% of the kids never need more time then what was allotted, just having that there raises the anxiety for students,” Schumacher said . “So [the ITP] decided to kind of lift that time constraint off of there and let kids have as much time as they need to help reduce that anxiety.”

It was determined by the ITP that whether the test is timed or not, the students will still perform roughly the same. However, an untimed test would reduce anxiety which could allow students to perform better. Because there is not a time limit, students are able to go back and finish their test after the given amount of time.

“When you get to the end of your 60 minute period or if you just finished the test early, you’ll hit a button that says you’re totally done with that one exam, you can’t go back to it if you hit that button,” Carey said. “If you had a different button at the end, [the proctor] can enable you to retest later, it’ll lock you out until you’re able to come back later in the day.”

Most of the tests are set at 60 minutes, with one test at 120 minutes. This is the amount of time that students were given to test in the morning, but they could go to the cafeteria later in the day to finish their test.

“And then again, if students need more time, we’re going to create a routine where they have the opportunity to go down to the cafeteria later in the day and continue to work on their test,” Bacon said.

“I think the university was making sure that we had met the requirements of state law, but I would anticipate that maybe in the future they will develop science for other grades as well,” Schumacher said.

The results of state standardized tests are used as a part of the Every Student Succeeds Act (ESSA) or what was formerly known as the No Child Left Behind Act. The state uses the test results along with other factors like graduation rate and the results of the conditions for learning survey as a part of the monitoring system for schools statewide.

“The ISASPs are probably the single biggest component of whether you are on the ‘in good shape list’ or you’re on the ‘you need some type of improvement list,’” Bacon said .

“Assuming kids are trying their best, then [the ISASPs] yields really useful information that we can use to try to make sure we are challenging and areas of strength and providing extra support in areas where that’s needed,” Bacon said .

The tests will be scored by both artificial intelligence and real people. Scores for the ISASP tests come back in October. 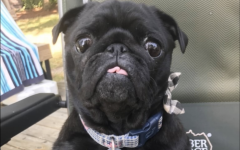 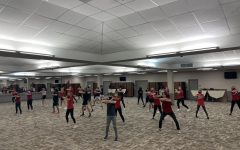 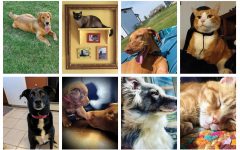 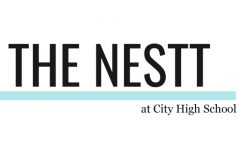 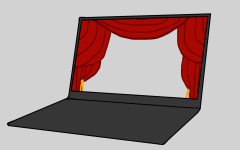 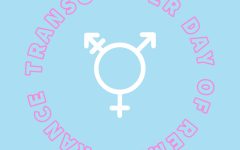 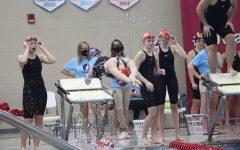 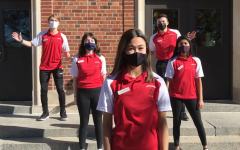 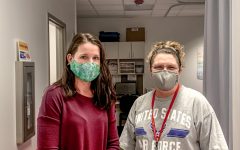 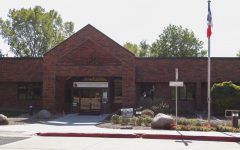 ICCSD Returns to Online Schedule Due to Pandemic Spike