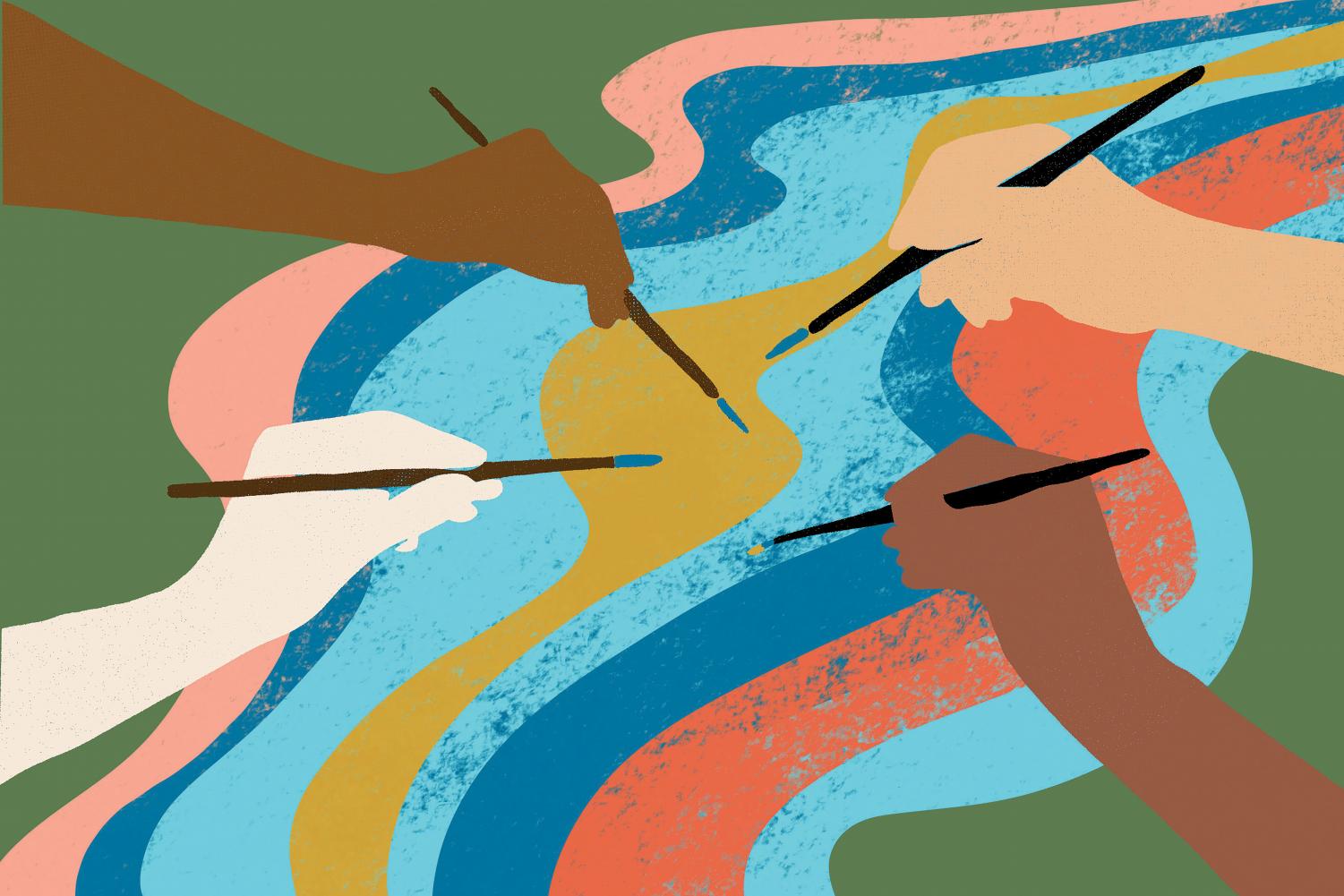 The fine arts is a great program for students to find escape and express themselves. But which students truly do participate in that expression? (Haileigh Steffen)

The fine arts is a great program for students to find escape and express themselves. But which students truly do participate in that expression?

Staff Editorial: The Color Palette of the Arts

City High’s fine arts programs are some of the most esteemed in the state. We send our choir, orchestra, and band students to the All-State Music Festival annually. The theatre department puts on a successful play and musical every year. Last year, Fourth Ave won Grand Champions and other numerous titles during the show choir competition season. Art students hold a show every trimester to display their work.

It is undeniable that City puts an emphasis on the arts, an emphasis that is taken seriously by many students, but not all of them. When watching an orchestra concert or a play at City, and many other high schools around the country, one thing is clear: most of the students are white.

City is one of the most racially diverse schools in the ICCSD. Between 40-44 percent of the student body identifies as a racial minority, according to the 2018-2019 ICCSD enrollment report. However, the percentage of minority students who participate in the arts is far less. People of color in show choir make up less than 15 percent of around 80 students in both Charisma and Fourth Ave. Around 21 percent of the students in Advanced Women’s Ensemble choir and less than 14 percent of Concert Choir are people of color. In last year’s Les Mis, out of the 10 leads and supporting actors, only two were played by minorities.

This is a clear issue in the representation of students at City. However, the problem isn’t that people of color are simply not being allowed into these programs.

There are many factors regarding the few people of color in the arts. There is the idea that some ethnic cultures put a different emphasis on different activities as a sign of success. However, one of the most important is that there are so few opportunities for people of color to feel represented and included. The drama department often has very few black students and thought this was going to be an issue three years ago when it announced that it would be putting on “To Kill a Mockingbird.” The play was based on the historical racial tension between black and white people and when there were opportunities for black students to be represented, they showed up, and many were cast in the play. A similar occurrence happened last year during the comedy one-acts. An all-black female cast played the characters in a short play called “Heritage, Her-i-tage, Hair-i-tage.”

City, along with high schools all over the country, must make an effort in including students of color in the arts. The arts must make an effort to make students of color feel that they have a place in these programs. Fine arts programs have long been dominated by white students. Once students of color participate in the fine arts, more and more will continue to until the programs are completely diversified. Students need to feel represented by these spaces. Being a person of color in a predominantly white space can feel isolating to these students. It will also continue to represent to students both in and out of the arts that it is a white space.

The arts are a gift, and the fact that City has such a great arts program is quite a privilege. Many students get to take advantage of this, but not all. The arts are enriching and uplifting. Performing and creating can be an escape for so many students. Everyone deserves to have an escape and a platform to express themselves. Many of the students who are not being represented in the arts are those who would benefit the most. There is a divide that is hurting both students who aren’t being represented in the fine arts, and the fine arts programs themselves. The barrier of race has been attempted to be broken in core classes with changing policies towards APs and Honors classes. The barrier now must be broken within the arts.