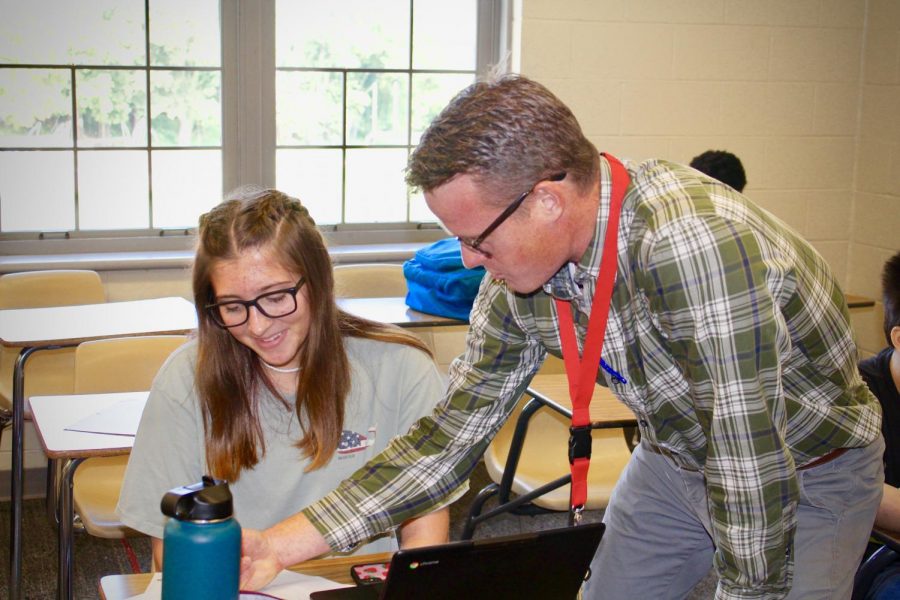 In sixteen years, Keith Enyart has taught Math Skills, Pre-Calculus Honors, and Geometry in four different states and seven different schools. Now, he has come to City High and added another school to his list.

“We live really close to City High and our son [is] in kindergarten. For me, it’s really important for us to be able to ride our bikes to his elementary school.”

Enyart has a viewpoint like no other because just last year he taught at a school in the very same district: Liberty High.

“I feel more a part [of] this community than I did in North Liberty,” Enyart said. “I would commute, I would do my thing, and then just come home, and almost live two separate lives.”

Even though the school year just started, he has already begun to impact students.

She added, “He makes sure we know that it is okay if we don’t know what we’re doing and he doesn’t expect us to know what we haven’t been taught.”

Students at City High have already made their impression, Enyart said.

“I always really appreciate just getting to know different students and their personalities. You guys are hilarious, you have a great sense of humor, so I always look forward to that,” Enyart said. “Frankly, just working with young people, it just provides me with a lot of energy because you’re really engaged in your academics. It’s really inspiring to see that.”

He now teaches geometry and algebra and offered the following advice: “Drink a lot of coffee. Be patient and don’t be afraid to reach out.” 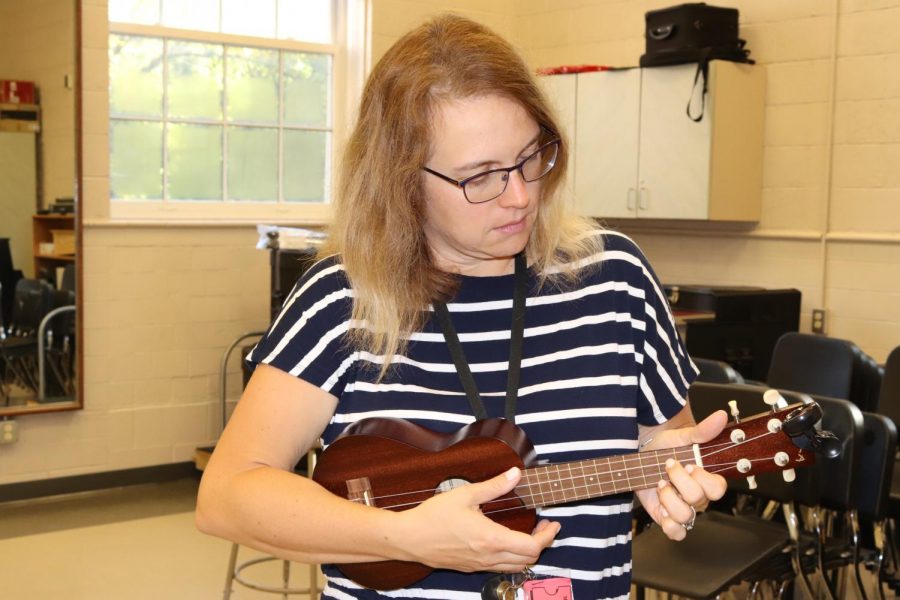 Mrs. Fields-Moffit strums her ukulele in her classroom.

Rebecca Fields-Moffit is a new teacher at City High and new to teaching at a high school. She has been a general music teacher for 13 years.

“I started my career as a high school choral teacher. I have missed teaching high school kids for the last 15 years. I wanted to get back to it,” Fields-Moffit said. “When Dr. Brown said that she was going to go back to Longfellow full-time, I jumped at the opportunity to come up and do secondary again.”

When asked what the difference was between City and her previous job, she responded, “I’m working in secondary education, which is so cool because the students can do so much more, so much faster, and they can take so much more ownership of their work.”

After teaching in elementary education for so many years, she decided to teach high school for a change.

“[I] get to know my students better and I get to reconnect with former students, which has been really fun to see them in the hallways,” she said.

“I was primarily at Twain Elementary School. I’ve also taught at many other elementary schools, like Weber and Lincoln, but Twain has been home.” she said.

It’s no secret that switching schools can be hard, whether as a teacher or a student. Mrs. Fields-Moffit offered advice to new teachers.

“Be calm, and everyone is here to help you,” she said. “That’s what I have found: that everyone I ask is so happy to help.”