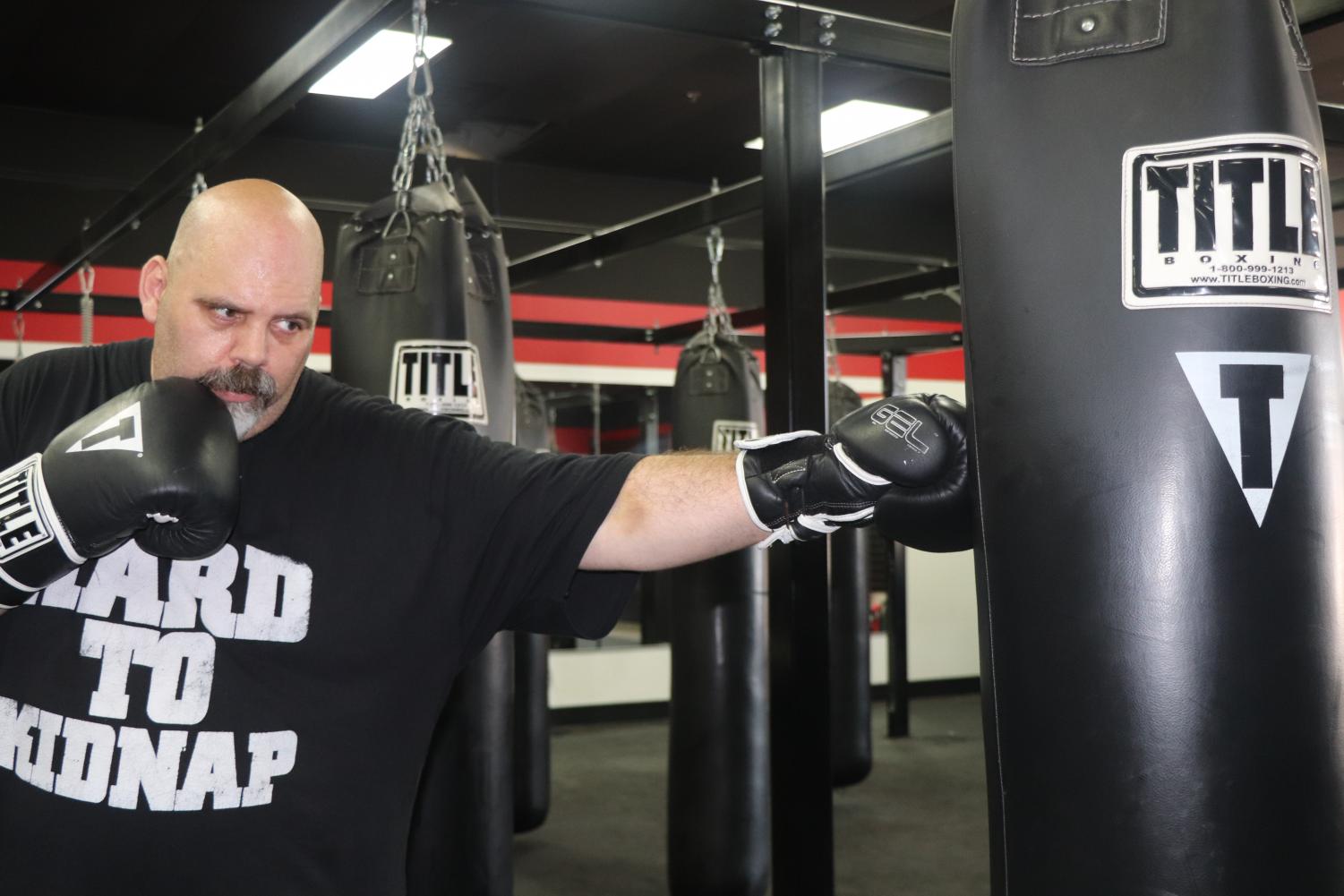 George Chamberlain has been coaching for 34 years, and he played as a professional for 10. (Emily Martinez)

George Chamberlain has been coaching for 34 years, and he played as a professional for 10.

Martial arts, boxing, and kickboxing require skill and training, no matter what level someone is on. When it comes to these sports, coaching is a necessity. Boxing isn’t just about learning the techniques, it’s also about being able to apply them to everyday life. None of this is new to George Chamberlain, the current owner of Big George Boxing, who has been coaching for 34 years now.

“One of the things that [I say] is: in the ring, there are two kinds of people. There is a hitter and a hittee. Out of those two people, you want to be the hitter, right? What does that actually say? It’s teaching people to be proactive, and deal with stuff as it comes at you rather than seeking a path out of it,” George said.

A few of the athletes George, better known as Coach George, coaches are Shawn Joseph Brandt, who has been boxing for two years, and Issac Alexander Ortiz ‘20, who has been training with George for a few months who have taken time and commitment in order to improve.

“Before I started boxing I had absolutely no confidence. I was insanely self-conscious to the point I could barely talk to my own siblings. I wanted to change myself, so I started boxing and almost instantly felt like something missing finally came to me. I wanted to keep growing in boxing. I became more motivated in everything I did. I dropped more than 75 pounds, I became more confident, and I was able to discover who I am since I allowed myself to explore different opportunities. I would say boxing is the best thing that has ever happened to me,” Brandt said

George came across to them as intimidating, but once they got to know him, they said that they realized he was a nice guy.

“Everything about him looked and screamed ‘coach.’ He has a sense of humor that gets me every time. Eventually, I sparred with him and realized that that dude is a brick wall. No matter what I did, he always had the upper hand. He’s awesome,” Brandt said.

To get to the skill set he is at today, George has had to continuously train to develop his techniques. He started by participating in sports like martial arts, wrestling, and football at a young age. A few years into his preliminary sports career, George undertook a knee injury from football and began engaging more in Thai kickboxing for a few years. He found that he enjoyed it. As he continued to progress in boxing, he began going competitive. For his first fight, he placed second to a kid named Dusty Waylon, who played as an outside linebacker for Iowa.

This loss didn’t stop him from wanting to become a better boxer. Georger went on to be an assistant coach in Cedar Rapids Boxing Club in exchange for them teaching him how to box. He then continued to box for 10 years as a pro.

“As I was helping to be an assistant coach…for boxers, I found that I really did enjoy coaching. I like coaching. I think that it provides a lot of lessons that are lost throughout the course of time,” George said.

Learning and acquiring knowledge are significantly different for George. He uses these ideas in his teachings.

“When you read a book made by an author that has studied and done research over, you only understand it on a mental level, rather than acquiring that knowledge as they did over the subject by putting in the effort,” George said.

The way coaches actually teach their athletes plays a major role in what the athlete will get out of the sport itself.

“I started with Richard as my coach, who is now my good friend. He motivated me to lose weight and made me confident enough to join the boxing team. Not much over a year ago I joined the team with George as my coach,” Brandt said.

George tries to incorporate valuable life lessons he’s learned, specifically philosophy, into his teachings as a more subtle way of getting his athletes to learn and experiment with things, while not trying to force these ideas onto them.

“What we need to do is deal with the way we approach things. Do things right. Then if you find that you can do that in athletics, you can apply that anywhere in life—schoolwork, relationships, or anything you want to do,” George said.

He believes the sport comes especially in handy when it comes to bullying and social stigma. He thinks that people have the power to allow someone to hurt others or do something about it when it is absolutely necessary.

”When you fight, the only chance that you’ll ever let somebody have to hurt you is if you let them have that chance. Where else in life are we vulnerable in things? Only in opportunities where we let someone else think that they can hurt you. A lot of times you hear about cyberbullying and how it affects people; you only let those people hurt you if you allow them to do so. You are who you are going to be,” George said.

George believes that the best thing about training to box is not trying to be better than other people, but instead strengthening what people are capable of that day. Many of his athletes believe they wouldn’t have gotten so far without him and his teachings and training methods.

“I practice them at home every day. One involves using your lead hand to blind or disorient your opponent while stepping around them. It’s one I practice a lot,” Brandt said.

George has been known to teach more at-risk kids as a form of de-escalation. He has noticed that many kids who come in realize that there are other kids who are just as tough as them in the world. But he believes if you can take those kids and teach them how to box, they’ll begin to learn that getting hit is not fun.

”Hopefully, [boxing] can give them an opportunity to have a stop-gap to think about their decision. Then [they’ll] get in trouble for smacking somebody rather than stabbing or shooting them, and having 25 years to think about it,” George said.

When it comes to coaching, George strongly believes there is a great difference between coaching and teaching. He hopes that he can do more than just teach athletes how to throw a jab and hopes to instead challenge people to be the best they can be because the nobility of people resides within everyone.

“Once you learned how to get a little better at the body mechanics and how to rotate and how to work on that push-pull then you feel like, ‘I am a god!’ We want you to be feeling like that every single day,” George said.

A lot of times, central male leadership roles are lost within a family. This is the case for some of George’s athletes that come in from different backgrounds, but George gladly tries his best every day to fulfill that role for many of his athletes, as his boxing family has changed considerably from what it once was to what it is now.

“I know that there are guys on the team who look at me as a dad figure. I don’t try to be the perfect image of that, but instead, I try to live a life that is representative of that, not perfect, well enough to give them something they can aspire to be. I think in some cases it’s helped others,” George said.

George hopes he can do his best when passing down his teachings and help people clear some obstacles that block their paths. He wants to truly make the athletes feel that they’ve benefited and gotten something out of the sport.

“I’m very proud of the athletes that I have because I see that they work and they put in the effort and they tried to do their best. All I ever ask of them is to just try to do the best that they can. It’s okay if you can’t do it yet. Opportunities will come,” George said.