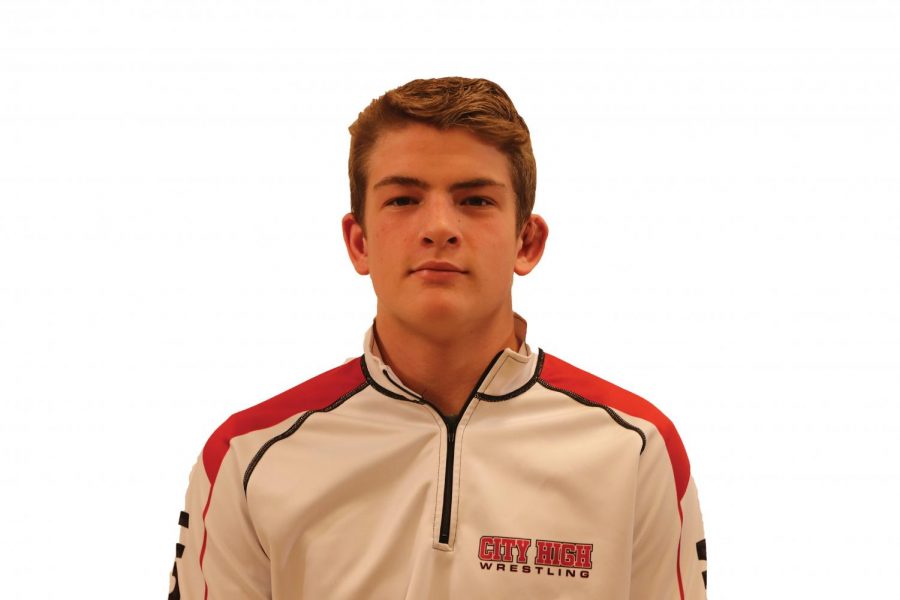 Ben Kueter ’23 a five time Iowa Amateur Athletic Union Champion, 2019 Iowa USA Wrestling Triple Crown Winner, 2019 Folkstyle All-American and 2019 United World Wrestling All-American. He has trained with City Highs wrestling team in the past and is excited to officially be part of the team.

The roar of the crowd becomes deafening as the match nears the end. Three more seconds, two, one. The referee blows his whistle and Ben Kueter ‘23 slowly gets to his feet. Another match won.

“[I like that wrestling is] an independent sport. It’s all on you,” Kueter said. “You don’t have to rely on other people. You are the one who’s out there.”

Kueter started off wrestling with his brother at home until his parents decided to send them both to City wrestling’s MatPac program when Kueter was four. There he met coach Cory Connell.

“Ben is [a] very hard worker. He’s a kid that loves to do a lot of sports, but he always comes back to wrestling and I think that’s kind of where his true love is,” Connell said. “He loves working hard, he loves learning new things. He just enjoys the process.”

Kueter went on to wrestle at West Liberty and then at Sebolt wrestling club before going to City wrestling practices during his years at South East. The junior high wrestlers are invited to work out with the high school wrestling team and Kueter took advantage of the opportunity.

“I’ve seen him grow since he’s been here. His first year here, I saw him in the program. I have seen him wrestle and have known him ever since then,” Connell said.

Kueter is a five time Iowa Amateur Athletic Union Champion, 2019 Iowa USA Wrestling Triple Crown Winner, 2019 Folkstyle All-American and 2019 United World Wrestling All-American. He is also currently ranked in The Top 50 Freshmen Pound for Pound in the Country by FloWrestling. Kueter is excited to finally be on the City High wrestling team and hopes to win both high school districts and state championships this year.

“I think he is going to fit real well,” Connell said. “Last year, he was training with some of our best wrestlers on the team. They were seniors and he was doing really well against them.”

During this year’s football game against Davenport North, Kueter was tackled and injured his leg. He temporarily has to wear a boot and use crutches to move around. He is expecting to start practicing again a few weeks after the start of the wrestling season.

The first varsity meet of the City wrestling season is on December 5, but districts is not until February 15. Kueter looks forward to wrestling again but first wants to make sure that his foot heals correctly.

“[Wrestling has taught me to] just stick with things. It’s a tough sport and there are a lot of times where you want to give up and this sport teaches you not to do that,” Kueter said. “That really helps, because [in life] a lot of times you don’t want to do something but you have to do it anyway.”