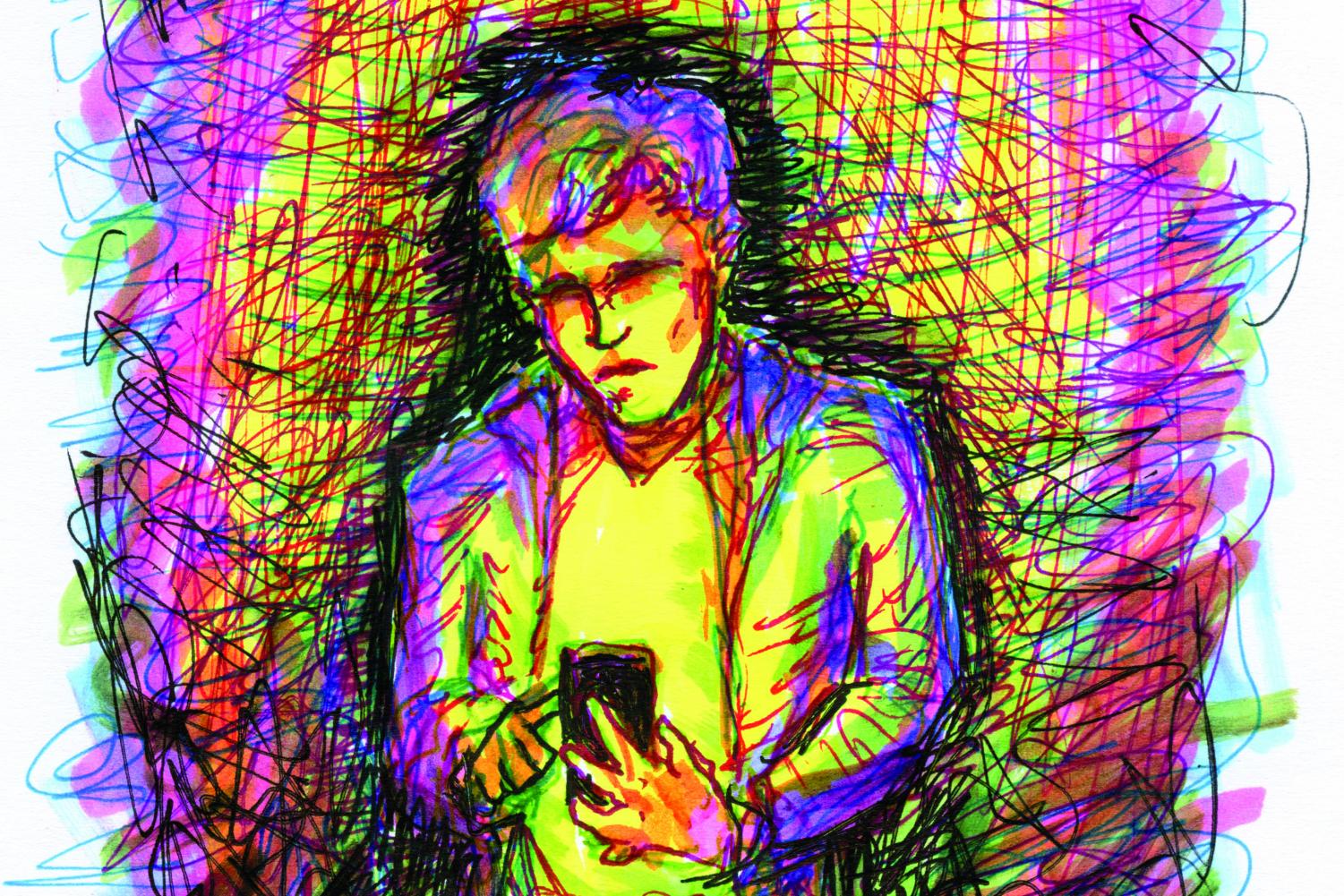 Why I Don’t Have Social Media

You look around your classroom as you settle into your seat. Almost everyone has a phone in hand. Your teacher gets up from their desk and asks everyone to put their phones away. Most resign their phones to their backpacks but others move their hands under their desks and continue scrolling.

When around 70 percent of teenagers have, and regularly use, at least one form of social media, in this instance a public forum platform rather than an instant messaging one, you might think it’s hard to feel connected without it.

I don’t have social media, and while that used to be because my parents were worried about how it would affect my grades and mental health, I now believe that it is in my best interest to avoid public platforms.

Social media scandals range from Russian interference in a US election via Instagram and Facebook and the countless instances of misinformation spread on almost every platform. The number of personal information leaks has also increased and become more significant with the rise of public forum platforms. They also give hate groups a way to spread their message. Not to mention the failure of Twitter to moderate their content gives Donald Trump a platform to encourage hate speech and groups like the neo-Nazi party.

These instances of misinformation can have dire consequences. Misuse of Facebook as a platform lead to Russian interference in the 2016 U.S. presidential election. According to the Washington Post, “Russia carried out a vast cybercampaign in an effort to help elect Donald Trump.” This “cyber campaign” also directly targeted minorities and specifically African Americans in an effort to suppress voting. This not only harms our Democracy, but the people most directly affected by the misuse of it.

On a smaller, but no less important scale, social media greatly affects the mental health of its users. Instagram models and the great majority of those who are “TikTok famous” create unrealistic expectations and insecurity. Filters on TikTok and Snapchat also create absurd beauty standards, especially for young women.

Not only do these cause anxiety, but the amount of time spent on them cuts into time spent doing homework of sleeping. Social media platforms prove to be incredibly distracting. I know so many people who have, both literally and metaphorically, wasted their lives away on social media.

With all of the controversies surrounding social media, I have decided it is best to avoid them for the time being. They’ve been riddled with political scandals, information leaks, and research proving the detrimental effects they have on mental health. They’re cesspools of hate speech and foster anxiety in teens. I haven’t even had time to discuss their problems with catfishing or cyberbullying. At the end of the day, the harms of social media outweigh the possible benefits or connections they could form.

Social media has been in my life since I got my first phone for Hanukkah at age eleven when my mother started working, leaving me to become more independent. My older sister, who was living in Wisconsin, downloaded Snapchat to my phone so we could stay in touch. The following year, my parents finally gave me permission to download Instagram. Since then, it’s played a significant role in my life.

When I was in sixth grade, I moved from Iowa City to Singapore. I then moved back to Iowa City, then back to Singapore again (a different school, however), and then finally back to Iowa City. With each move, I was still able to stay in touch with my closest friends from each school. We stayed friends because of social media. We were able to direct message or simply keep up with each other’s lives through social media platforms like Instagram. Although I rarely talk to my sixth-grade best friend in Singapore, we still know a lot of what is happening in each other’s lives by following each other’s social media. Keeping in touch was the initial reason for my downloading of social media. I have sisters who live in different states, and it helped us see what’s happening in each other’s lives without having to make time for a daily call that our busy lives simply don’t allow. Being able to see milestones in my friends’ and family’s lives, regardless of distance, at the click of a few buttons is a blessing I wouldn’t have without social media.

Social media has not only kept connections for me, but it has also created amazing connections and experiences. Without the power of Twitter, Greta Thunberg would have never seen the Iowa City school strikes, nor would she have reached out to come here. Social media has enhanced the power of activism, rebirthing a generation of young activists. The March For Our Lives movement and the Fridays For the Future wouldn’t have been so successful without the power of social media. For me, as an activist, so much of my message is spread through Instagram stories. People show up to walkouts and other forms of protests because of the spread of screenshots on social media. The renaissance of youth activism would not be possible without the connections and word of mouth that is accessible through social media.

But social media isn’t simply a necessity for practical matters. Social media can be a fun way of expressing yourself. Taking pictures, organizing your feed, making videos—all are forms of art. While many criticize the culture of influencers and content creators, it’s a passion for many, and many people enjoy consuming that content. Regardless of if you have thousands of followers or just a few hundred, being able to express yourself to a guaranteed platform of people can be a creative outlet. Just because it’s social media doesn’t mean it has to be taken less seriously. Expressing yourself on social media can be very similar to graphic design, video editing, or photography in professional careers. Social media can be a way for many to share their creations and their art.

While there are inevitable downsides of social media, we’re never getting rid of it. It came out of nowhere, and it’s here to stay. As long as users can educate themselves on how to use social media safely and be smart, it can be an amazing platform for so many. We live in a modern digital age, and if you don’t catch up, you’ll get left behind. If social media were bad, it wouldn’t be so prevalent today. So while there are downsides—as there are downsides to any technological advancement—social media can create meaningful connections and creative outlets that are far too valuable to give up.