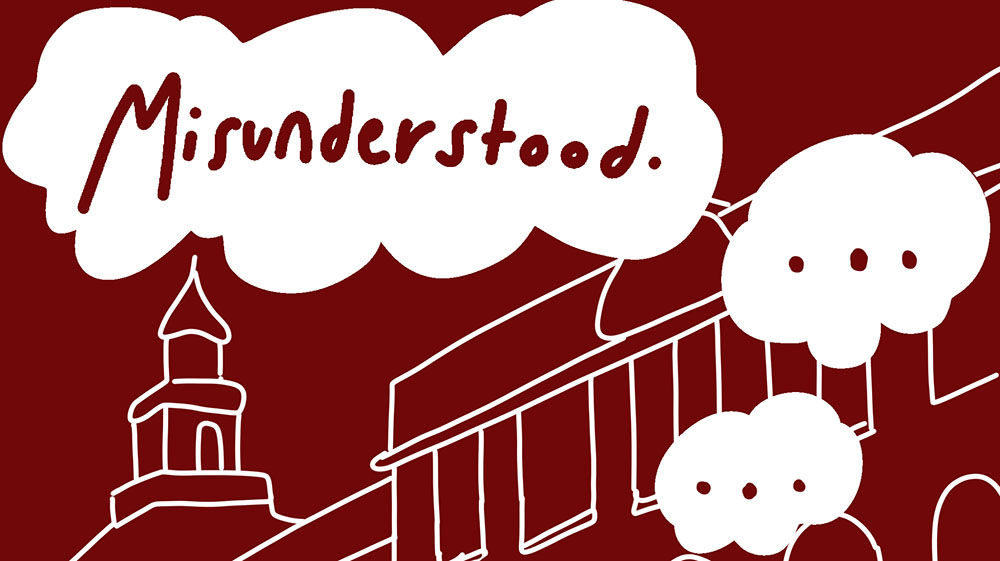 Many Republican students at City High feel as though their views are misrepresented. (Haileigh Steffen)

Many Republican students at City High feel as though their views are misrepresented.

Pew Research Center reports that about 41 percent of Iowans are registered as Republican. According to The Gazette, Johnson County–where Iowa City and City High School are positioned–is arguably the most democratic place in Iowa.

“If you can believe it, this isn’t the most liberal place I’ve ever been,” Josh Poe ‘20 said, a conservative student at City High. “I lived in northeast Portland for seven years of my life, so I guess I’m used to [being surrounded by liberals]. But it’s not really easy, it’s actually really hard to be able to express my views.”

According to a new study called The Perception Gap, about 30 percent of Republicans and Democrats hold extreme views.

However, AJ Coons ‘20, an open conservative at City High, believes that despite the difficulties it is still important for people to share how they feel.

“It’s definitely [important for people to share their beliefs]. Part of the First Amendment is freedom of speech,” Coons said. “You should be able to voice your opinion and not be discriminated against for it.”

Abbie McCormick ‘21, another Republican who attends City High School, thinks that not only should people be able to voice their opinions, but they should be able to have discussions.

Poe tends to agree with this statement.

“We live in a very social world. We’re all very connected through social media. It’s a great place to express your viewpoints, parts of your life, and politics, especially now, because a [large] part of the youth culture is becoming more politically involved,” Poe said. “It’s important that everybody can capitalize on that and express their views and their thoughts.”

Despite this, Poe fears sharing his political opinions, especially online.

“[I have fear] anywhere from class conversations to posting on my Instagram story. I worry about it and I have to really think if people are going to come after me for [what I say],” Poe said. “So I just don’t post stuff.”

When he does share something online, Poe encounters difficulties.

McCormick’s difficulties with social media lie more in the amount that she is represented by the things that she sees online.

“I disagree with so much [of what] I see online but there really isn’t anything that I can do about it, because I don’t want to be named a bully or an antagonist,” McCormick said. “Just going through my social media feed, I see a lot of things that I don’t particularly agree with. So I try to keep quiet and just let people have their own views. But sometimes I post things and I get some pretty harshly worded comments.”

The Atlantic has reported that a new study has proven that American Democrats don’t understand Republicans, and vice versa.

“On social media, I see all these posts on people’s stories about news articles from Bernie Sanders or Elizabeth Warren or AOC,” Poe said. “I feel like I can’t post anything about my views because I’ll get ridiculed. I know that not everybody is like that, but still, I feel like I’m going to get attacked.”

Beyond social media, Coons feels that there is also not a large conservative population that he can relate to at school.

“I personally haven’t encountered anybody who’s as openly conservative as I am,” Coons said. “I know a couple of people, but I haven’t really talked to them and they’re not openly like, ‘Hey, I’m Republican too.’”

According to Psychology Today, representation and seeing people like yourself are important for raising self-esteem.

“Politically, not even just in City High but in my town, [I don’t feel represented], but I can’t do anything about that, so I just kind of let it go,” McCormick said. “I look around my school and at the things on the wall and the things online and it’s just suffocating for someone that doesn’t believe the same stuff.”

McCormick has struggled in some of her classes due to feeling underrepresented.

“In certain classes, usually English or government classes, conversations can get really heated, and being the only conservative in the classroom I do feel targeted by people,” McCormick said. “I feel like everyone is agreeing with each other, and then there is me.”

Beyond the students, she feels that it has stretched to the teachers.

“I did have a teacher and class that I felt very targeted by, to the point where I went home and cried about it, because I felt so insecure about these things that I’m obviously not going to change for my teachers,” McCormick said.

McCormick recognizes that there are topics that are hard for certain classes to avoid.

The Perception Gap has found that the more educated a person is, the more misconceptions they have about their political adversary. McCormick feels that in the end, this comes down to poor communication skills.

Through these things, McCormick feels a lot of fear being a conservative, which she struggles with because it can clash with her personality.

“A hundred percent of the time, [I’m afraid to share what I think]. And my whole life, I’ve been a very confrontational person, so with pretty much everything other than politics, I have no problem just telling someone something, because that’s how I’ve been raised,” McCormick said. “But with politics, and being such a minority in such a majority, it is hard to stand up for myself. It’s really hard to advocate when you know that everyone is just going to shoot you down immediately.”

Poe feels that a lot of these issues could be alleviated if people remember to open their minds.

“If people could just remember that their views aren’t the only views out there, that would help. You think your ideas are right and I think my ideas are right, and we’re all entitled to that,” Poe said. “But we’re not entitled to say, ‘Your idea is wrong and you’re not allowed to think that.’”