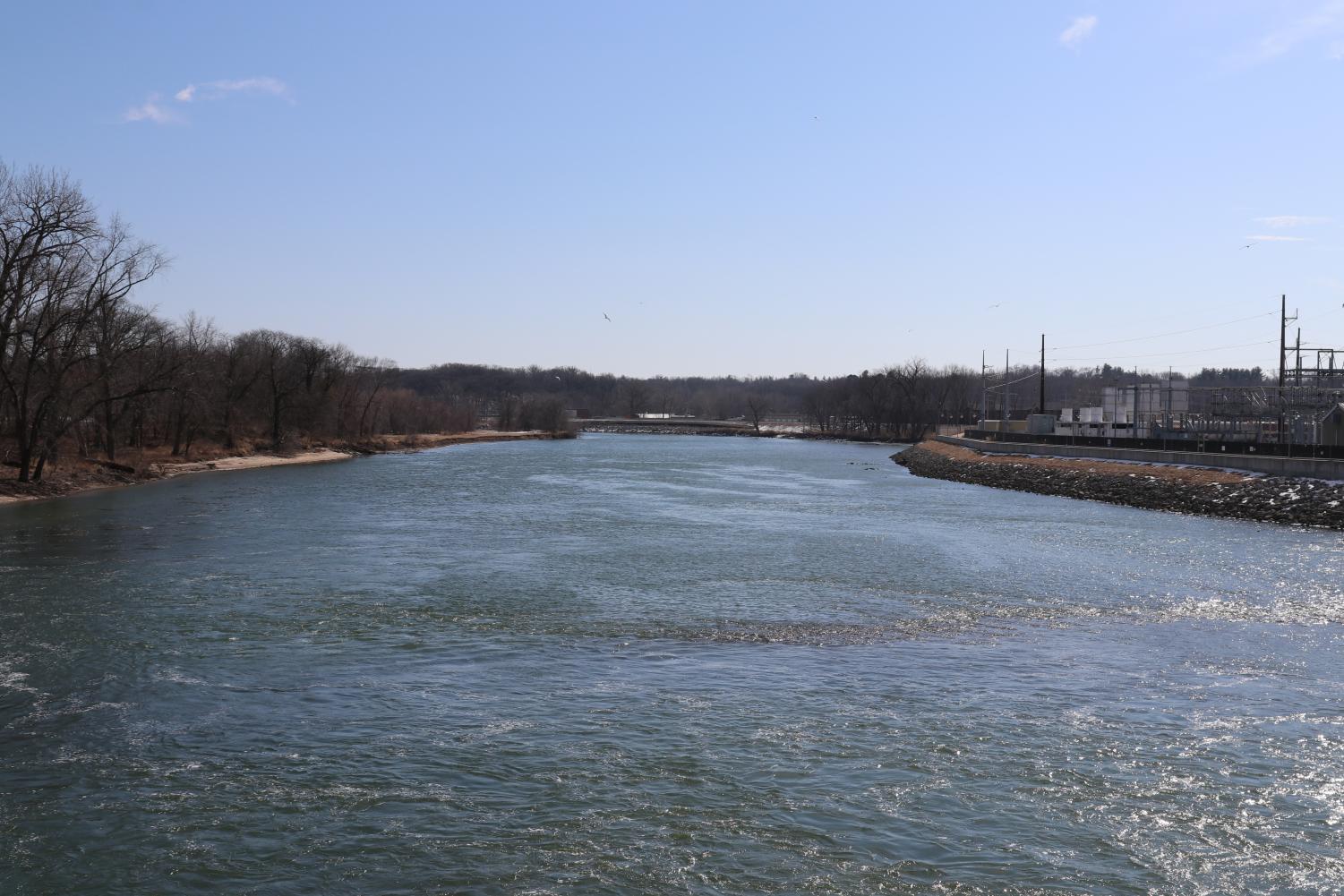 The Iowa River is about 330 miles long, starting in northcentral Iowa and flowing past Iowa City on its way to the Mississippi River. (Natalie Green)

The Iowa River is about 330 miles long, starting in northcentral Iowa and flowing past Iowa City on its way to the Mississippi River.

The link between water quality, agriculture, and climate change as well as how openly it is discussed

Silvia Secchi often takes walks along the Iowa River with her dog Chiquita. She enjoys the fresh air, and watching the eagles, but also keeps a careful eye out for algae blooms and the water level. She worries about the contamination in the river, if the pH is too high for the fish to survive, or if algae blooms are releasing harmful bacteria into the water. Secchi is an associate professor in the Department of Geographical and Sustainability Sciences and Public Policy Center at the University of Iowa, and it is her job to have these worries.

A 2018 report from the Iowa Department of Natural Resources shows that 54 percent percent of the 767 bodies of water tested were “impaired for a variety of reasons such as indicator bacteria, turbidity (soil in the water), pH, and algae.” This contamination is largely due to Iowa’s agricultural industry. According to the United Nations, agriculture is the biggest source of pollution in surface and groundwater.

In 2019, Iowa farmers produced about 2.58 billion bushels of corn for grain, 502 million bushels of soybeans, and 3.12 million tons of hay, according to the United States Department of Agriculture. Large amounts of nutrient runoff from those crops were taken down to the Gulf of Mexico, where they have accumulated with nutrients from other locations throughout the US, creating summer dead zones.

“While we have made a lot of progress in taking care of pollution that comes from industrial sources, humans, and human waste, we have not been able to make as much progress to address pollution coming from agriculture,” Secchi said.

High levels of nutrients in the water can alter the pH levels, killing off the fish population, as well as enabling algae blooms to form.

“To be honest, I really don’t know if anything is being done. I mean, I’m not saying that nothing is, I’m just not made aware of it, necessarily,” Emma Nugent ‘21 said.

Nugent realizes this unawareness may be a problem.

“I mean the lack of awareness can make it worse because then it’s no one’s doing anything. You’re not worrying about it, but that doesn’t mean like the problem itself isn’t getting worse,” Nugent said.

Both Secchi and Nugent agree that the pollution in Iowa’s waterways should be discussed more than it currently is.

According to Secchi, this winter had an abnormally high amount of nutrients in Iowa’s waterways, which is worrisome because generally, the great flow of nutrients happens in the spring. The nutrients in the water enable algae blooms to grow.

“The problems with algae blooms is not just that they mess up the water,” Secchi said. “They affect fish populations, and they can generate bacteria that are poisonous to humans and pets. So then the water really becomes a hazard.”

Through her work, Secchi has noticed that changing weather patterns related to climate change intensify the issue of pollution. The warmer weather along with the excess nutrients creates the ideal environment for algae growth while rising sea levels increase the potential damage of a flood.

“Climate change exacerbates a lot of the problems we’re seeing,” Secchi said. “In more ways than one, climate change is increasing the need and the urgency to address this water-related issue in the state of Iowa. It’s becoming a public health issue, a public health emergency.”

Alex Marsh ‘20 would like the pollution of the Iowa River to be taught more in her classes.

“I definitely do not think this problem is discussed enough. I think it’s a bigger issue than most people realize,” Marsh said. “It is important for us to be educated on how we can decrease the contamination because it goes right through where we live.”

Despite not liking how little the water pollution is discussed around her, Marsh does not feel like it is being concealed.

“The contamination of the Iowa River is something that I hardly ever hear about, but I feel like when it is talked about, people are open about it,” Marsh said.

In their English class this year, Nugent and Francessca Brown ‘21 worked together to create a video about the effects of climate change on the agricultural industry and water quality. Their video, titled When It Rains it Pours, won honorable mention in the CSPAN StudentsCam Documentary Contest.

“I learn a lot. It really just brings a new perspective, because a lot of times the agriculture industry is seen as the perpetrator of all the evils of climate change, but they’re also being affected by climate change,” Nugent said.

Extreme weather makes it harder for farmers to grow and harvest their crops. Higher rainfalls due to climate change wash nitrate off crops and topsoil from farmer’s fields. These fertilizers not only worsen water quality but are also no longer present to help the crops grow.

“It’s kind of concerning because you’re like, well, is anything happening? Is anyone trying to change it?” Nugent said.

Nugent would like to see a greater government focus on the causes and prevention of water pollution. Secchi believes that this is possible through the election of government officials dedicated to clean water.

We need to change the way we manage water. We need to be more comprehensive in how we see water-related issues and think more about water quality.”

“When we’re talking about water quality or flood management issues in Iowa, we have a lot more power to affect change. We can elect people that improve the situation at the state level,” Secchi said. “It’s really important that the next generation of voters is aware of what’s going on and how the candidates plan to address these issues.”

With new policies, Secchi believes that Iowa has the ability to improve water quality throughout the US.

“We need to change the way we manage water. We need to be more comprehensive in how we see water-related issues and think more about water quality,” Secchi said. “Iowa has a lot of potential to both cause and fix problems when it comes to water.”