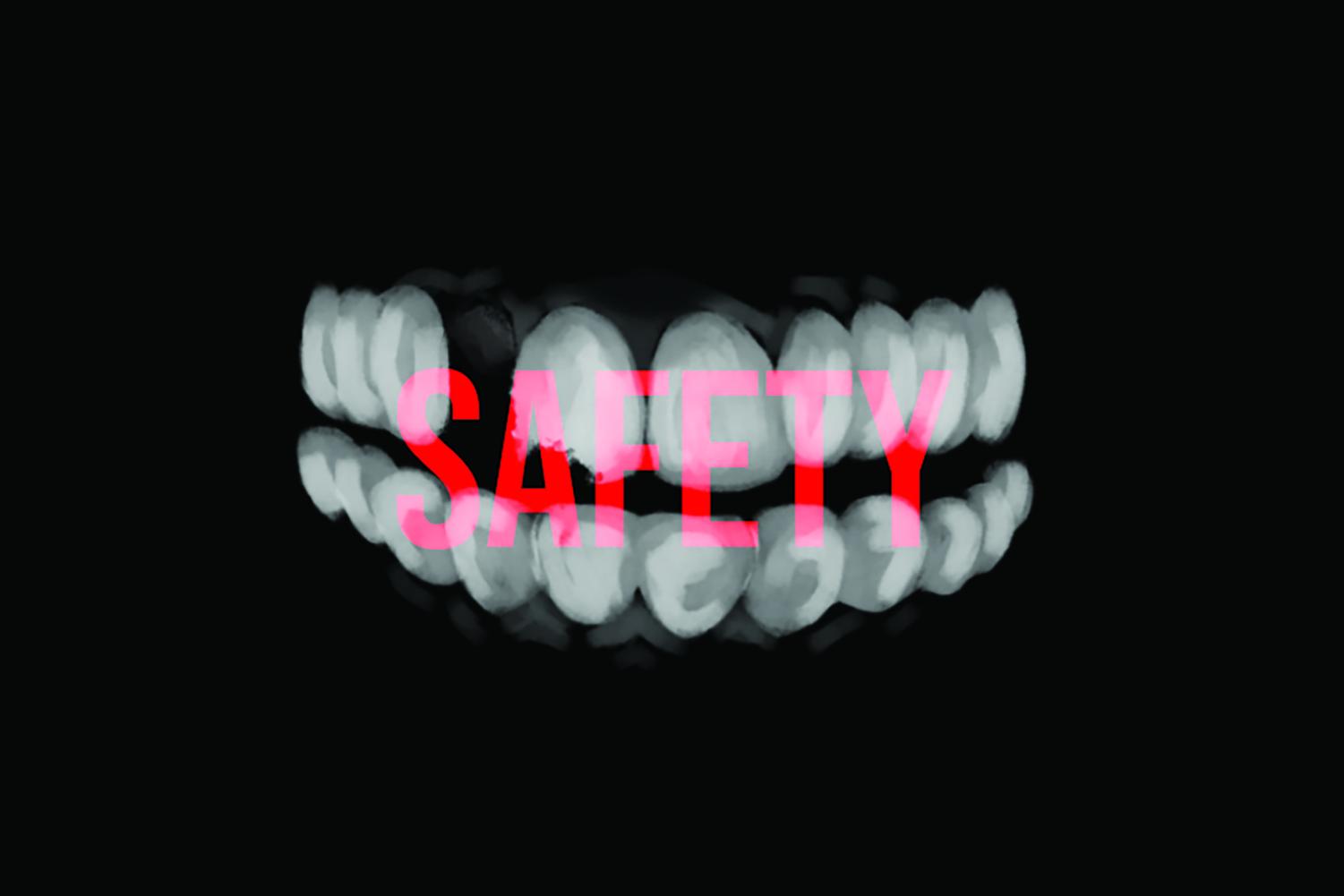 When playing contact sports most athletes don’t wear the proper equipment to protect their teeth, which can sometimes lead to lifelong consequences. (Rosangel Flores-Rubio)

When playing contact sports most athletes don’t wear the proper equipment to protect their teeth, which can sometimes lead to lifelong consequences.

The Dental Dangers of Sports

Throughout High School about 57% of students participate in sports, however in some contact sports mouthgaurd usage can get as low as 7%

Injuries in sports are not uncommon, and many end up healing, leaving little trace. However a hit to the teeth usually has more lasting effects, and can end up giving people difficulties throughout their entire life.

In sixth grade, Haileigh Steffen ‘22 chipped one of her teeth when playing soccer during recess at her elementary school. An incident like this would typically be viewed as minor when compared to other sports related injuries, however, the amount of time and money that went into the injury was anything but.

“[It] was a very clean chip, so [the dentists] kept gluing my tooth back on until my mouth was more developed,” Steffen said.

However the more often the chipped part of the tooth was glued back in, the easier it became to break it off again. The constant regluing of the tooth caused it to become crooked which led to Steffen requiring braces to fix its alignment even though before the injury it had been predicted that she would never need them.

“It became a hassle to deal with,” Steffen said. “Lots of medical bills over a silly accident from years ago.”

Dr. Ryan Stuntz is a dentist working out of Farley, Iowa. In 2020 he was president of the Iowa Dental Association, and has seen his fair share of sports injuries over the course of his career.

“[If] you get a tooth knocked out, it’s gone for life. So you have ongoing maintenance. You’re going to have to replace it, and that’s usually expensive. [The price] can be anywhere from a few thousand to five or six thousand dollars to replace a single tooth. And the odds of that replacement lasting your whole lifetime are very low. You’re probably going to have to have it redone a couple of times,” Stuntz said.

Over one’s lifespan, people only get two pairs of teeth: the primary teeth, which start growing around the age of 6 months and fall out before the age of 12, and the permanent teeth, which replace the primary teeth as they fall out and stay with you for the rest of your life. According to Forbes, the average price of having a permanent tooth replaced with an implant ranges from $3,000 to $4,500.

Once you lose a tooth it’s gone for life”

The way most athletes get a dental injury is through a hit directly to the teeth, or to the bottom of the jaw. This impact can cause chipped teeth, or even completely knock one out. Contact sports such as basketball and soccer often have the highest risk due to the amount of collisions between players.

“[Dental hits] happen quite often,” Brennan Swayzer, head coach of the City High Boys Basketball team, said. “At least once a practice [or] twice throughout a game, we’ve got a guy that’s checking an elbow or random shoulder in the mouth area.”

Basketball is one of the sports with the highest chance of dental injuries. This is mainly caused by the amount of collisions with other players in tight areas such as under the hoop. In a survey of Florida high school varsity basketball players, 31% of players surveyed had gotten a dental injury over the course of the season.

This prevalence of dental hits is a large contrast to the amount of people wearing mouthguards. Studies have shown that in most contact sports, fewer than half of players wear mouthguards, with some sports such as soccer and baseball going as low as 7%.

“I know [mouthguards] work, and I probably should be wearing one, but they are an annoyance. I yell and communicate a lot when I’m playing, and I think a mouthguard would get in the way of that,” Julius Perez ‘23, a member of City High’s soccer team, said.

The effectiveness of mouthguards is something that has been known for many years. In 1962, college football players were required to start using mouthguards, and some studies show this change alone caused the dental injury rate to drop from almost 50% to nearly 1%.

“Just wear a mouthguard,” Stuntz said. “A typical soft mouth guard will work pretty well, and it’s going to be a little thicker and a little less comfortable than a custom-made one, but for a couple of bucks you might save yourself from losing some teeth.”

Mouthguards aren’t the only preventative measure used in sports. In softball and football, players’ helmets often include built-in face masks to block dangerous hits to the face from the ball or other players.

Dr. Michael J. Kanellis is a professor at the University of Iowa. He works in the department of Pediatric Dentistry, and has been in the practice for almost 40 years.

“If you look at football, initially it didn’t have helmets, face masks, and mouthguards. As injuries were becoming more and more prevalent they decided that it was unsafe, and they changed to harder helmets, and made them mandatory. Then they put on the face mask, and continued with a mouth guard,” Kanellis said. “So let’s say that you’re an athlete playing football and you ride your bike to practice, [today] you’re more likely to wipe out on your bike and break your teeth on the way to practice than once you get to practice, put in your mouth guard and put on your helmet.”

However, people only get the protection if they actually wear mouthguards and other equipment while both practicing and competing.

[today] you’re more likely to wipe out on your bike and break your teeth on the way to practice than once you get to practice, [and] put in your mouth guard and put on your helmet.”

“I remember when I fractured my tooth in wrestling practice in my junior year of high school,” Kanellis said. “[It ended up costing] thousands and thousands of dollars. If I had just been wearing a mouthguard, that wouldn’t have happened.”

While mouthguards are the most effective way for protecting your teeth, many high schoolers already wear a different kind of tooth protector.

“Ironically, braces are one of the best protectors in the world,” Kanellis said. “You see kids get hit in the mouth and the damage that gets spread out over multiple teeth and then you’re able to pull [the teeth] back into place.”

In general, tooth injuries can be caused by something that is seemingly minor, but can lead to major financial consequences.

“The trick is to get yourself protected before you need it, because if you get hit in the mouth and you don’t have something in there, it’s too late,” Stuntz said.