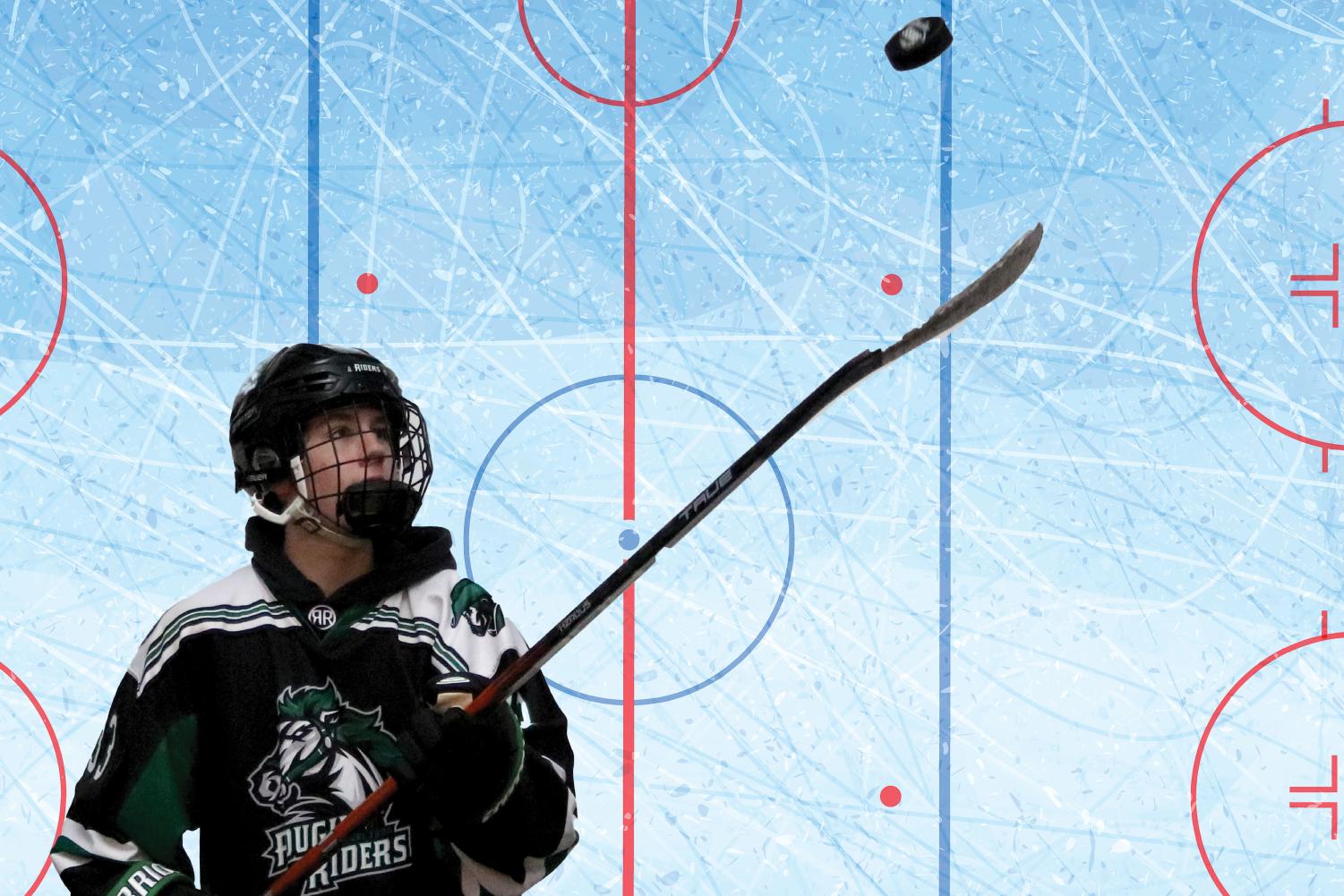 At the age of four, Henry Ingersoll ‘26, inspired by friends, decided to try Hockey. This was not a sport traditionally played within his family.

Henry didn’t love the idea of playing Hockey at first. It took time. “At first I didn’t like it because I was very young and it was very challenging for me,” Henry said. He initially found other sports more interesting and intriguing than hockey.

“I come from a basketball family, my dad played college basketball so naturally that was the first sport that I played. It was just so different from basketball, I didn’t know what to think of it yet,” Henry said.

After a few years, Henry tried hockey again and it seemed to come much more naturally for him. “When I tried it again, I was older and bigger, and around that time I was starting to fall out of love with basketball,” Henry said.

Henry plays on a high school club hockey team called the Rough Riders, based out of Cedar Rapids. Henry, throughout this season, has been fighting for his spot on varsity as a freshman. “This year I’m focusing on making the roster and helping out the team, but next year will be about leading the team,” Henry said.

Throughout this season, Henry has been playing both JV and varsity. Henry has had three goals in five games so far this season. Although Rough Riders hockey hasn’t had the greatest start to the season, being 0-5, they are looking to bounce back. The team has faced some of the best competition around. They have lost a handful of close games to each of the top three teams in the league. Some of which went to overtime.

“I think that the team and I have had a solid start to the season, but I’m definitely not at my full potential. We have faced the best teams in the league so far and kept every game within a goal, both JV and Varsity are close to being winning teams,” Henry said.

Looking forward, Henry’s goals for his hockey career are making state all four years of high school and after high school, end up playing for a semi-pro hockey team.