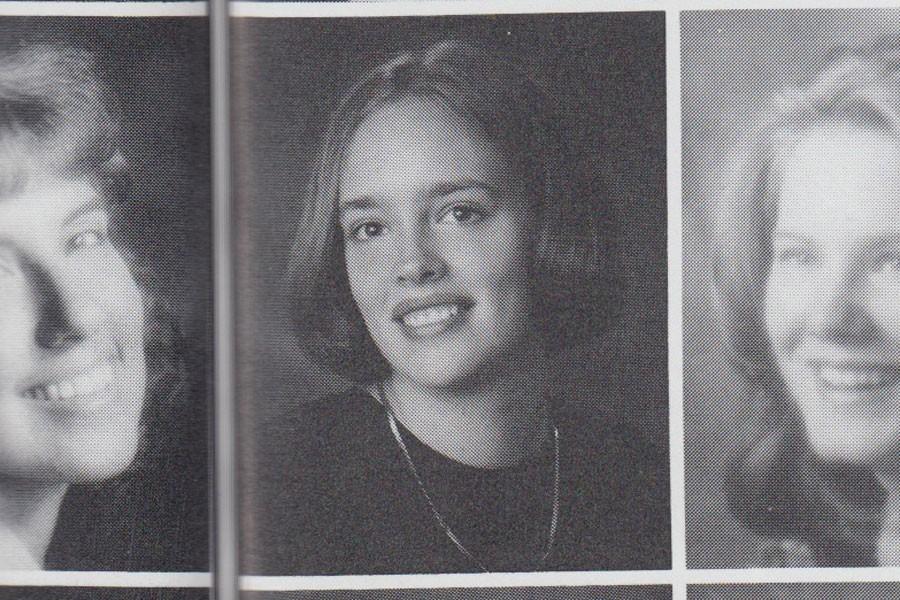 Lucia Wagner: What inspired you to join The Little Hawk?

Molly Nolan: The Little Hawk produced some really good papers my freshman and sophomore years of high school. They had won Pacemaker awards and I would read these editions and think this is something – a community – I want to be a part of. I want to have a voice in this school. I didn’t want to plan prom. I wanted to make a mark on the school and to tell the stories of students. My freshman and sophomore years I loved reading the profiles of students that were doing interesting things – I loved learning interesting things about interesting people. I wanted to be a part of telling those stories. I also really loved the way that Jack Kennedy [the adviser of The Little Hawk] interacted with his students. He gave us a voice.

LW: What was your favorite aspect of journalism?

MN: One thing I loved about working for The Little Hawk was our adviser, Jack Kennedy. He was more than a good teacher; he treated his students as though we were doing something important. He gave us the freedom to write the stories we wanted to write as well as do the interviews we wanted to interview. It wasn’t his show. We all felt we had some ownership over the paper. That was very different than other classes, like in Chemistry or English, where through no fault of the teachers, you are doing the work they ask you to do. But while writing for the paper, we were creating our work with our own ownership. Jack was really good about encouraging this mindset and serving as an advisor as well as an instructor.

This is something, a community, I want to be a part of. I want to have a voice in this school.”

LW: What was the hardest part about working on staff The Little Hawk?

MN: The hardest part about being on the staff was having to rely on other people to get the job done. When someone didn’t meet a deadline, as an editor, you had to essentially be the boss. That was hard to do with your peers. At times, it was hard to have these expectations of your friends.

LW: What are some of your favorite pieces you wrote for The Little Hawk?

MN: When I was a senior, the Press Citizen asked me, as a representative from City High, and the West High sports editor to write a dueling column a week before the City-West football game. Every day I would submit a column for the Press Citizen about what it is like at City that week – from a number of perspectives – even beyond the football game. That was fun, but I also loved doing student athlete profiles. Particularly of students who were excelling outside of was happening in a City High uniform. For example, there was a kid who was a competitive gymnast, but no one at the school knew about it. He had a remarkable competitive career in the state of Iowa. It was fun finding and telling stories that had yet to be told. I also loved digging into the “why” certain students excelled – beyond the “what” of their accomplishments. It was always interesting to learn that many of these students who really excelled had something in them beyond a natural talent. Work ethic, motivation or maybe an extra level of support. The interesting part of the story was not in the stats sheet or the wins and losses column. It was about the people and who they were – not just what they did.

LW: What was some of the best advice you received while working with The Little Hawk?

MN: The best advice I have ever received in my life came from Jack Kennedy. He would always tell us “show, don’t tell”. I think about that all the time now. This can translate into any aspect of life. For example, instead of telling someone you love them, you want to show them you love them. I work in advertising now, and every website, print ad, app, etc., that I work on must pass the Jack Kennedy “show, don’t tell” filter! The other thing he said that resonated with me was, “If you want to plan prom, be on student council. If you want to change your school, write for the paper.” I think The Little Hawk gives students a voice to tell important stories. You guys are making a mark on your school – you are doing really important work!

LW: What do you think about the current Little Hawk?

MN: I am so impressed with the current Little Hawk newspaper. It is always cutting-edge in terms of the types of stories you tell, and probably still very much ahead of what the rest of the country is doing in terms of high school journalism. I think what is most impressive to me now, having worked on the paper 20+ years ago when the internet was barely a thing, is all of the facets that City High journalism encompasses. The online piece, the paper, the podcasts, the technology – everything! When I was writing for the paper, an issue came out every three weeks and the process was like clockwork. We always knew what to expect – we had three weeks to plan the stories, do interviews, write, edit, desktop publish, and once the issue came out, we started all over again. Thanks to technology, the way that The Little Hawk turns out stories now is much more fluid and less defined by that every-three-weeks deadline. The rate at which you guys turn things around today is very impressive.

LW: How do you feel The Little Hawk has evolved today?

MN: The multiple facets of what you guys do is fascinating, but more important, the stories you tell are not just about high school like, they are about real life, being human, and walking through the world – not just the high school halls. I love how the Little Hawk is always pushing the envelope of what high school journalism can and should look like.

It’s not about you, it’s about the story you’re telling, so there is no reason to be timid.”

LW: How do you think journalism prepared you for life after high school?

MN: That is a fantastic question. I didn’t realize how much my time at the Little Hawk helped me until after high school. At the time, for example, I only thought about “show, don’t tell” as pertaining to the stories I was writing. High school and beyond proved to be different. Now, I also think about what are the angles? What is the best angle to tell this story from? Why will anyone care? What is the purpose? What will be different after telling this story?  Mt experience with The Little Hawk helped me learn to find stories worth telling and when you find them, it is about more than just the words. It’s the entire package of the story; it’s about the presentation. This has been super helpful to my career in advertising. Journalism also taught me to ask good questions. It taught me to see things beyond surface level and to not assume anything. I learned to dig a little deeper – into stories, into people. This even pertains to real life relationships. I learned how to get to know someone and how to know a story below surface level.

LW: Do you have any advice for someone looking to pursue journalism?

MN: When I first started journalism, I was timid. Your work is exposed; it’s unlike other classes. For example, if you turn in a lab report to your chemistry teacher, or a paper to your English teacher, and the entire school is not going to read it. However, when you write a story for the paper and your byline is on it, anyone can see it. I was afraid I wouldn’t be good enough. I would tell students who are working on the Little Hawk today to have confidence in knowing that other people’s stories are absolutely worth telling! And it’s not about you, it’s about the story you’re telling, so there is no reason to be timid. If it is a story worth telling – go after it!

LW: What was the most memorable moment from your time with the Little Hawk?

MN: My senior year, some of The Little Hawk staff went to San Francisco for high school journalism convention. My friend Jenn, who was also an editor, and I were on a trolley car with a load of other high school journalism students. There were a few girls on the other side of the trolley whispering and pointing at us. We then learned they recognized us as being Little Hawk editors, and told us they read our paper every month as inspiration for what they wanted theirs to look like. We thought it was crazy, that people outside of City High and even in other states, were reading our work. It was a pretty fun moment, but also came with an added level of responsibility to do good work and tell great stories.